COLOMBO (News 1st) – Officials of the Balangoda Urban council have decided to remove the shops along the pavement on the road opposite the Balangoda base hospital due to a strong odour emanating from the drainage system. The decision was made following a letter submitted by the Hospital superintendent, Doctor B. M. C. Dissanayake to the Balangoda urban council requesting that the shops be removed and the drains be cleaned.

When the officials of the urban council, road development authority and the health sector had arrived to remove the shops the vendors voluntarily removed their shops from the pavement. However, the officials later discovered that the odour was emitting due to a leakage in the sewage system in the hospital.

The authorities at the Balangoda base hospital informed News 1st that quick measures will be taken to renovate the sewage system. 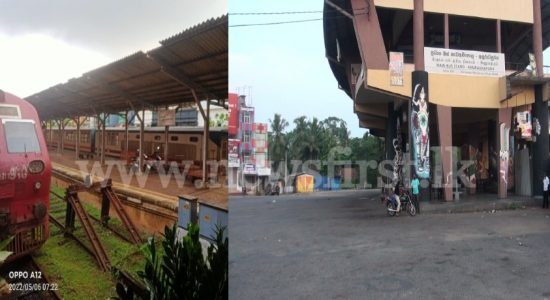