The case filed against Former Defence Secretary Gotabaya Rajapaksa and 06 others over alleged misappropriation of Rs. 33.9 Million in public funds for the construction of the D.A. Rajapaksa Memorial and Museum was taken up today. The indictments against the defendants was read out in open court.

The Counsel argued that the special high court does not have the jurisdiction to hear this case as it only involves the misappropriation of 33 million rupees.

While PC Romesh De Silva made submissions on the matter for about 2 hours, deputy solicitor general Dileep Peris representing the prosecution informed the court that he needs time to respond.

The Deputy solicitor general said that publicity stunts staged by the accused by arriving at the court premises accompanied by an official and unofficial security personnel, with defenders and back up vehicles have intimidated witnesses of the prosecution.

He added that they expect a determination from the court on that matter. The case was postponed to the 31st of this month. 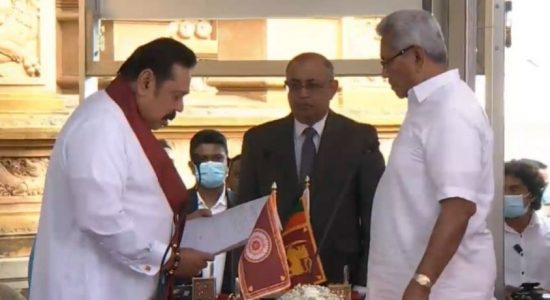