Upon the arrival of the President, two extraordinary gazettes were issued, revising the duties of several state institutions which had been allocated to several cabinet and non-cabinet ministers. The Gazette includes information on the state institutions which have been allocated to Minister Ravindra Samaraweera, the non-cabinet minister of Labour and trade union affairs.

Accordingly, nine state institutions including the Department of Labour, National Institute of Labour Studies, Employees’ Provident Fund, Office of the Commissioner of Workmen’s Compensation, Shrama Vasana Fund and the Employees’ Trust Fund will fall under the purview of Minister Ravindra Samaraweera.

Several institutions which fall under the subject of primary industries such as the Department of Export Agriculture and the Spice And Timber Products Board were vested with Minister Daya Gamage.

The Department of Census and Statistics that was previously under the Prime Minister and the Food Commissioner’s Department which was under Minister P. Harrison, will now fall under the purview of Dr. Harsha De Silva.

Furthermore, the 1990 Suwasariya Foundation, The Family Economic Unit, Data Analysis Unit and the Task Force for Public Distribution will also come under the non-cabinet portfolio of Economic Reforms and Public Distribution, according to this extraordinary gazette. 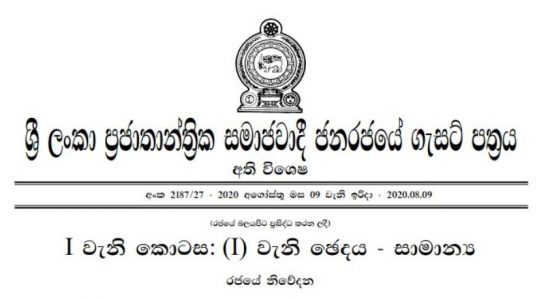 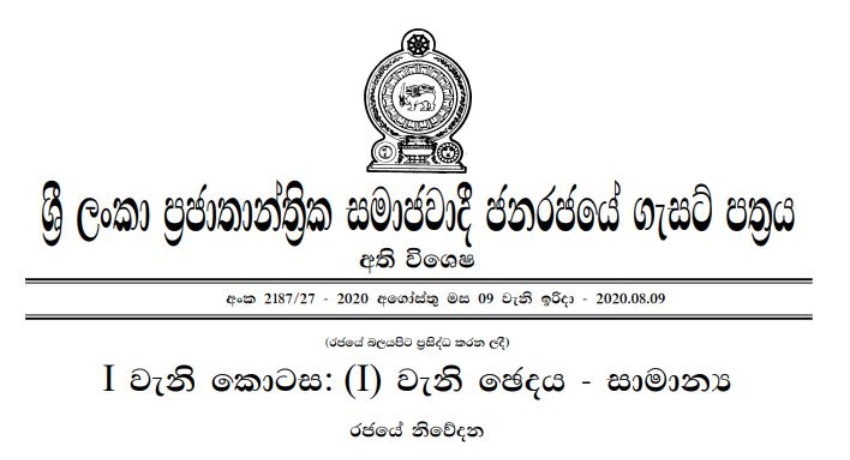