Reuters – Several people were injured in a huge explosion probably caused by a gas leak in central Paris on Saturday (January 12), a police source said. Firefighters and emergency services surrounded the scene, where smoke continued to billow from a building.

The massive blast rocked buildings hundreds of metres away and blew out the entire ground floor of a building at rue Trevise, in the Grands Boulevards central Paris shopping district. Police said nine people were seriously injured.

Paris police are on high alert on a ninth consecutive Saturday of yellow vest protests, with large parts of the city centre blocked off by riot police. 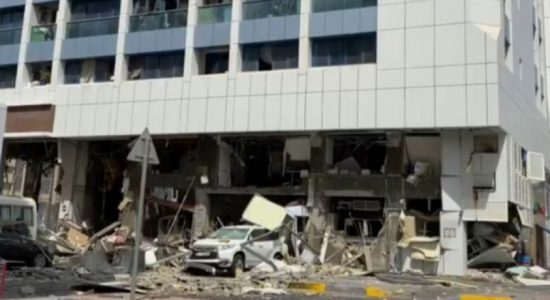 Veteran actress and MP Geetha Kumarasinghe in ICU with bu...

PARIS UPDATE: Explosion at the heart of Paris; Five minor...