Reuters – The flags of Gulf Cooperation Council countries flew in the streets of Riyadh on Sunday (December 9) ahead of the organisation’s annual summit. The one-day GCC annual summit was set to open on Sunday, with regional unity imperilled by a bitter row with Qatar and the host, Saudi Arabia, facing a diplomatic crisis over the murder of journalist Jamal Khashoggi.

The gathering of leaders from the six member states is expected to focus on security issues, including the Yemen war and Iran’s regional activities, and may touch on oil politics and a protracted boycott of Qatar by some of its neighbours.

Saudi Arabia, the United Arab Emirates, Bahrain and non-GCC member Egypt cut diplomatic and economic ties with Qatar in June 2017 over allegations of supporting terrorism. Qatar, which last week abruptly announced it was withdrawing from oil exporters group OPEC, denies the charges and says the boycott aims to curtail its sovereignty. 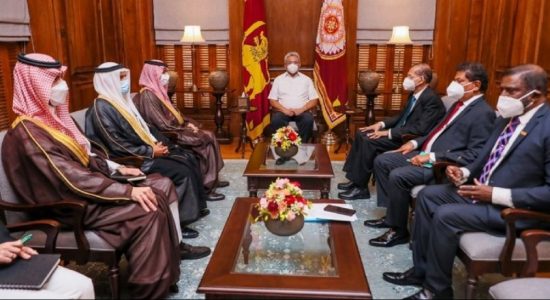