The Fmr Chief Minister in his letter states that he informed the president on a previous occasion that his life was under threat.

He adds that he also informed the President at that instance, that he has suspicions on DIG Nalaka De Silva who is currently in remand custody.

The letter states the protection provided to the former chief minister’s official residence was withdrawn at a previous occasion but the personal security that was provided continued.

The personal police security that was provided was also withdrawn today and the officers were asked to arrive at the Jaffna Police Station and place signatures.

Vigneshwaran in his letter adds that the threat on his life was informed to the Inspector General of Police.

The letter requests that approval be granted for the personal police security to be provided once again.

The letter also adds that CV Vigneshwaran had noted that the Former Chief Minister of the Eastern Province is said to be receiving the police security even at present. 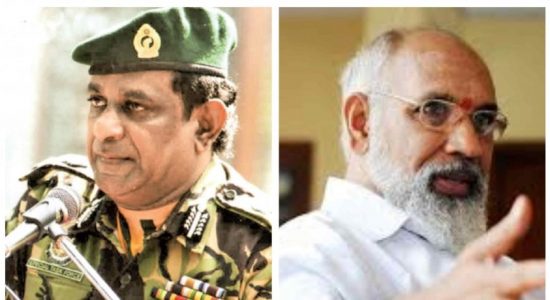