15.00 – Reports coming in that several Police officers who provided security to the Speaker and the mace have suffered injuries due to the actions of MPs. They are currently receiving treatment at the medical centre in Parliament.

14.59 – Opposition leader R. Sampanthan: NCM vote was to be held today electronically or by calling of name. Ruling MPs prevented the Speaker from sitting on his chair . The speaker entered parliament with Police protection, suspended standing orders and conducted a voice vote. The electronic vote could not be held due to the actions of the ruling party MPs.

14.45 – Parliament has been adjourned till Monday the 19th of November.

14.40 –  UNP MP Gamini Jayawickrama Perera: We behaved in a disciplined manner in parliament. However, they attacked me with a bottle which contained a red substance which turned out to be chilli. The President must take a decision today.

14.36 –  UNP MP Daya Gamage: We are saddened by the current situation, We have shown our majority for a 3rd consecutive time.  Parliament has been adjourned till Monday.

14.35 –  UPFA MP Kumara Welgama : “This is a sad state of affairs, I saw how diplomats who were in the gallery filming everything. This will bring shame to the country. I do not believe that a politician like Mahinda Rajapaksa would accept the actions of MPs in Parliament today”

14.30 –   JVP MP Vijitha Herath states that members of the ruling party threw copies of the constitution at opposition MPs and also used water mixed with chilli powder against the opposition leaders.

14.25 –  Speaker Karu Jayasuriya who entered the chamber along with the mace was seen conducting proceedings under Police security. MP Harsha de Silva has confirmed through a tweet that a NCM vote was held against Mahinda Rajapaksa. Members of the opposition were seen raising their hands for a vote even though the microphones of the chamber were switched off.

14.16 – President Maithripala Sirisena issues a tweet urging all Parliamentarians to uphold principles of democracy parliamentary traditions at all times. He reassured MPs that he will not prorogue the Parliament under any circumstances.

I urge all Parliamentarians to uphold principles of democracy parliamentary traditions at all times. I will not prorogue the Parliament under any circumstances.

14.03 – A helicopter has touched down opposite Parliament.

13.53 – According to our correspondent in parliament, ruling party MPs are calling for the arrest of MP Palitha Thewarapperuma. The protestors claim that Thewaraperuma entered parliamentary chambers yesterday with a knife.

13.43 – “NCM will be brought in today. Speaker and party leaders are trying to reach a decision on the course of action.” – Sajith Premadasa

13.40 – According to our Parliamentary correspondent ruling party MPs are currently staging a protest inside Parliament. It was also revealed that the party leader meeting held at 11.30am today ended without a consensus on the agenda for today. Our correspondent also noted that he was able to see a number of UNP MPs signing a document believed to be a No confidence motion (NCM). Government MPs have expressed that they will oppose any move to hold a vote on a NCM. 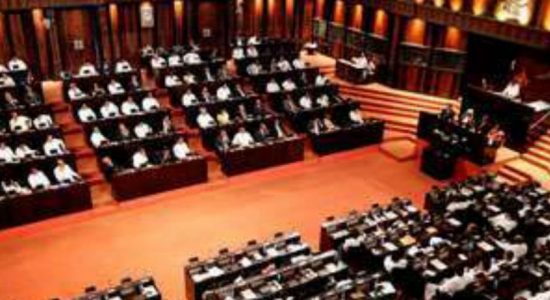 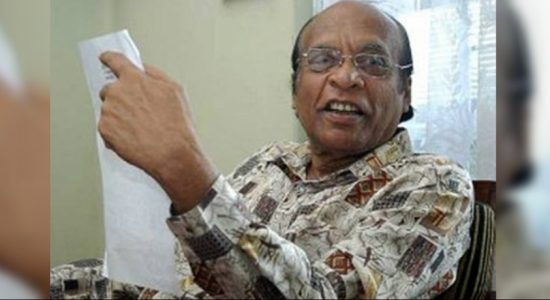 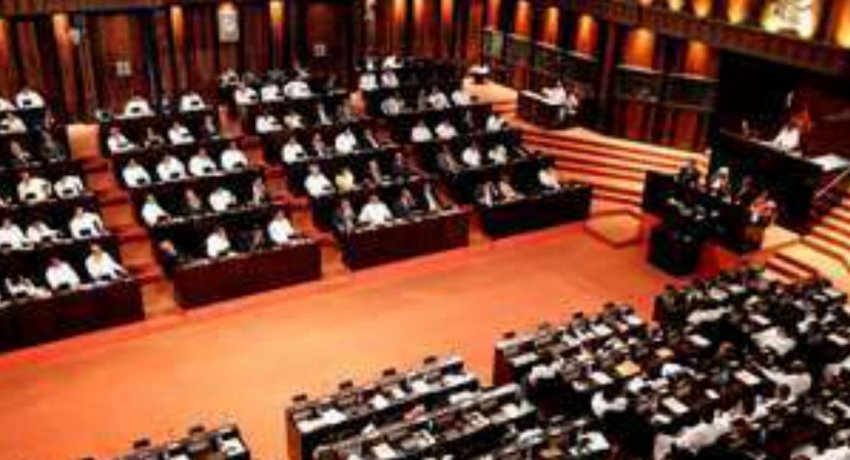 Ulterior motive behind the 19th amendment

"Counter Terrorism Act is worse than a time bomb"