1. The Board of Directors of the Bank of Ceylon, People’s Bank and Board of Investment of Sri Lanka (BOI) were dissolved from midnight yesterday (October 18), following orders issued by the President.

2. SLNS Samudura has been deployed in the search for a fishing trawler named “Danuja Putha” which was reported missing on the 11th of October with 05 fishermen onboard.

3. The government decides to ban the importation of Undu and Peanuts from next year, said the Minister of Agriculture Mahinda Amaraweera.

4. A specialist doctor at the Kalubovila hospital who pleaded guilty to the charge of sexual harassment was sentenced to two years rigorous imprisonment and was suspended for 25 years.

5. A Police constable died when the motorbike he was traveling on collided with an elephant in Gnanikkulama along the Kandy – Jaffna A9 road.

8. Final rites of Veteran singer Professor Amara Ranathunga to be performed out this evening at the Borella Cemetery.

10. The Mannar Court has ordered for samples of the skeletal remains uncovered at the Mannar mass grave to be sent to the US for carbon dating.

1. At least 19 people were killed and dozens injured at the college in Crimea on Wednesday (October 17) when the attacker set off a bomb in the cafeteria and went through the building shooting at random. 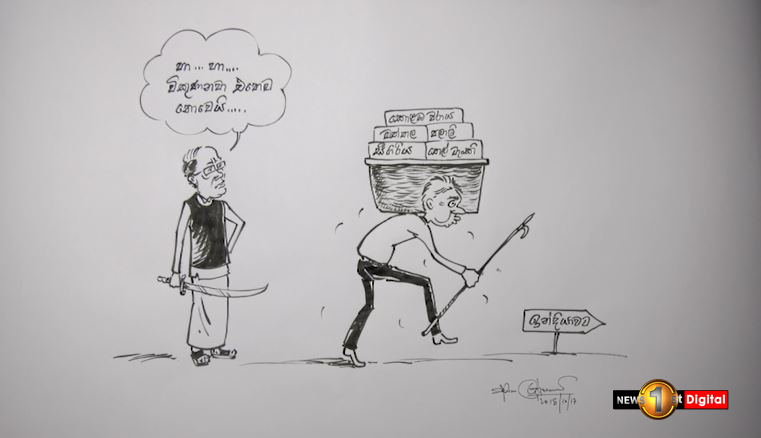 HAVE A WINNING THURSDAY!!