Min. Sagala attributes economic woes of the public to poor fiscal management by the public

Min. Sagala attributes economic woes of the public to poor fiscal management by the public

Colombo (News1st): The opening ceremony for the road development project in Pitabaddara, Kaduruwana was held on Sunday (October 07), under the patronage of Minister of Youth Affairs, Project Management, and Southern Development Sagala Ratnayaka.

The estimated cost of this road project is Rs. 500,000. According to News1st  correspondent in the area, nearly 14 families use this road daily.

He said when the economy gradually strengthens and when people receive more income is that those who rode bicycles will purchase three-wheelers, and those who owned three-wheelers will upgrade to Small cars. According to the Minister of Youth Affairs in order to facilitate these purchases the public obtain loans and as a result of these loans, the money that they have left to spend on food and other essentials decrease.

The Minister noted that prices of goods have not increased adding that they continue to remain at prices lower than under the previous regime.

It’s a growing trend for ministers in Sri Lanka, to express irresponsible and inaccurate statements on important aspects of the country, like education, law, health, agriculture, and foreign services. It is understood that everybody does not have a wide knowledge of language or subject. Therefore it is important to study and understand the subject matter before they speak to the public, as their inaccurate and irresponsible statements could mislead them.

We request our Ministers to refrain from expressing their views and opinions with regard to subject matters beyond their knowledge and comprehension.

Simply put, if you do not know what you are saying, do not say it. 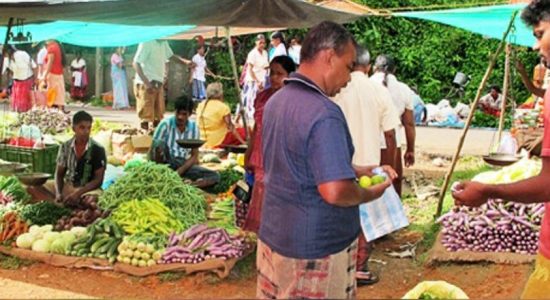