Colombo (News 1st) – Prime Minister Ranil Wickremesinghe states that there is a global economic crisis and that everyone in the country needs to work hard to overcome the situation.

He states that fuel prices are increasing and to pay this the country needs more dollars. He also states that instead of foreign financing the government has opted for loans and now Sri Lanka is in dire need of money to pay off the debts. He adds that VAT may have to be increased due to this but when that happens the government is reprimanded.

However, the Prime Minister made a rather different statement before on the 02 September 2018.

PM Wickramasinghe stated that the government was blamed previously but now they are on the correct path. He instructed everyone to work harder as the tough period has not passed yet. The Prime Minister also stated that Rs. 9000 Mn has been allocated for the Gamperaliya project to carry out the building of local villages.

Though the Prime Minister makes such statements, what has actually happened in the country?

Are we not feeling the effects of the loss caused to the country by the Central Bank Treasury Bond Scam which took place following the appointment of the Prime Minister’s close associate Arjuna Mahendran, to the post of Governor of the Central Bank, even when the President and Ministers objected to it.

It appears that one had forgotten, the Bond Scam caused a serious loss to the Employees Provident Fund which was established to assure financial stability to the working masses in the winter of life. Are we not undergoing the consequences of these crimes?

Singaporean Arjuna Mahendran became powerful to the level that the path was created to draft a Free Trade Agreement that mainly benefits Singapore.

Professionals in the country state, though the FTAs would generate revenue to the country, it has created a situation where the Goods and Services market of Sri Lanka can be dangerously exploited by other countries.

Leave aside the 01 Million Jobs, the rate of unemployment in Sri Lanka is clearly evident from the number of protests staged by the youth in the Colombo City alone.

They promised the country that rouges will be put behind bars, however, what has happened now is, they are engaged in businesses with the very people they accused of harbouring the Rajapaksa family money in Dubai accounts. The Prime Minister and his close associate Minister Malik Samarawickrama have become close friends with such people under the guise of constructing a large tire factory in the country.

The business which operated with the intervention of Malik Samarawickrama in Rajagiriya is now run by these people.

The currency is falling and according to simple economics, to strengthen the rupee the country needs an infusion of more Dollars. However, through the removal of CESS TAX have they not created a situation where local industries would collapse?

One does not need to repeat what has happened to the apparel industry of the country which was once the main source of revenue. As a result of inconsiderate policies taken by the policymakers, the traditional exports of Tea, Coconut and Rubber reached disastrous levels.

As a result of a decision taken with no proper study being carried out, countries that used to seek high imports of Sri Lankan traditional exports are now refusing to accept them.

Though means of generating revenue have been destroyed, there are many projects taking place where the funds of the country are moving away to other nations. It is no secret that the close associates of Minister Malik Samarawickrama were appointed to the Director Boards of State Banks and loans to the tune of billions were released to their own companies.

In the end, when those companies failed to make the payments of the loans and fall into a crisis situation, is it not the people of this country who will have to bear the losses?

Will the economy of the country strengthen when ;

Will the economy of the country strength in such a backdrop? 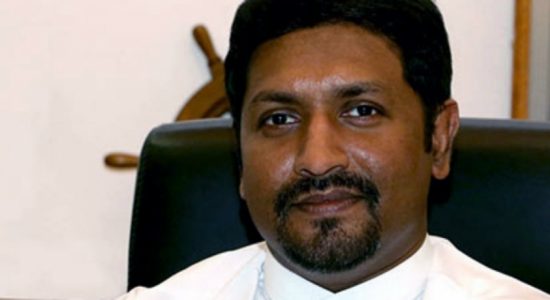