The strikes came after a long-range Palestinian missile attack deep into Israel, the first of its kind since a 2014 war.

Israel responded by hitting the multi-story building, first with small bombs apparently so that people would evacuate, then flattening it to the ground with a huge blast that shook the city and raised clouds of dust and smoke.

Residents said the building had served mainly as a cultural center. Local health officials said 18 bystanders were wounded outside of the building by the blast. Hamas denied using the facility.

Two Palestinian officials announced later that Israel and Hamas, the Islamist group that rules the Gaza Strip, had agreed on a truce to end a flare-up in cross-border fighting.

There was no immediate comment from Israeli officials. A Palestinian official with knowledge of the ceasefire talks, which were mediated by Egypt, said the truce would begin at 20:45 GMT. 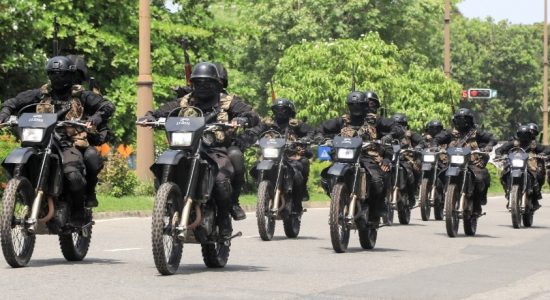