COLOMBO (News 1st) – A draft bill to cap election spending has been presented to the National Elections Commission from the Legal Draftsman’s Department.

The premise of the draft bill has been considered first by the elections commission, taking into account the recommendations of political parties, election observers, and civil society.

Following the approval of the Cabinet, the Legal Draftsman’s Department has assembled the bill.  As per the new draft bill, all election-related expenses must be borne by the candidates themselves. Stemming from the bill, it suggests that two accounts; one in the name of the candidate and another in the name of the party, must be created upon receiving nominations. All relevant income and expenses are expected to flow through these accounts.

The draft bill also contains further recommendations on steps to be followed to conduct a free and fair election.

Legal Director of the national elections commission Nimal Punchihewa stated that the draft bill will be resubmitted Legal Draftsman’s Department with amendments within two weeks. The bill will then be forwarded to the Secretary to the President and later to the Prime Ministers Secretariat in order to be submitted to the Parliament for approval. 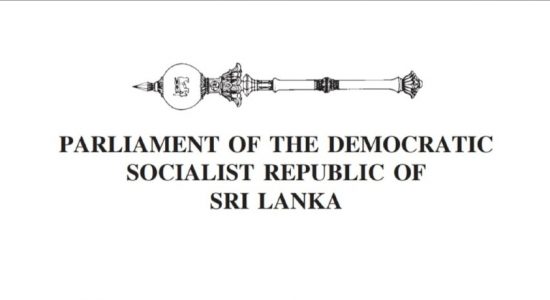