COLOMBO (News 1st) – A group staged a demonstration obstructing the entrance to the Sooriyawewa divisional secretary in Hambanthota this morning. (July 30)

The protest was staged by area residents who had not received compensation for the lands that they had given up during the expansion of the “100-foot road” in Sooriyawewa, Hambantota. It has been 45 days since demonstrations began. The protestors demand that compensation be provided to them as soon as possible.

One demonstrator said: “We held constant demonstrations. And everytime we did, they came and made false promises. They only deceived us without giving us proper answers.”

The Assistant Superintendent of Police for Hambantota who arrived at the location notified the protesters to move from the road. The protestors were obstructing the Sooriyawewa – Embilipitiya road during the demonstration.

I want to feel the pulse of people-Minister Sajith Premadasa 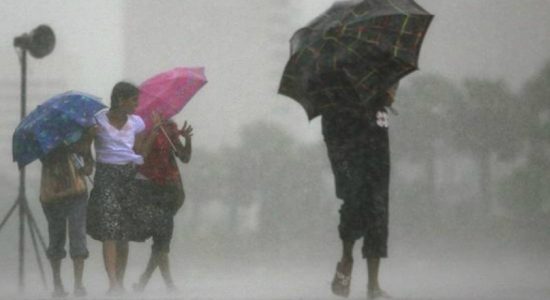 US warships arrive in Sri Lanka

Rathupaswala people asked for water but were shot

"I want to feel the pulse of people" - Sajith

US warships arrive in Sri Lanka