REUTERS – The Trump administration on Monday (June 18) defended its hard-line immigration policy at the U.S.-Mexico border as furore grew over the separation of immigrant parents and children, including video of youngsters sitting in concrete-floored cages.

Department of Homeland Security Secretary Kirstjen Nielsen, appointed by Trump, told reporters at a White House briefing that the administration was only strictly enforcing the law.

The outcry over the detained children resulted from the Trump administration’s “zero tolerance” immigration policy, which provides for the arrest of all adults caught trying to enter the United States illegally, including those seeking asylum. While parents are held in jail, their children are sent to separate detention facilities, some in remote locations.

According to government figures, almost 52,000 people were caught trying to cross the southern border illegally in May. 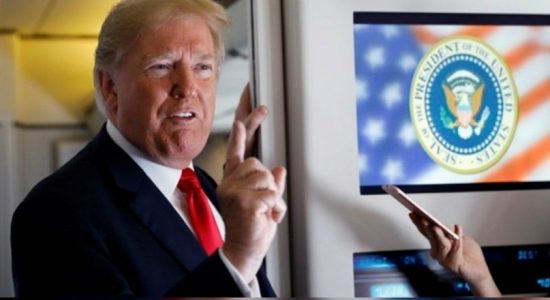