President instructs not to relocate elephants from the Sinharaja Forest Reserve

President instructs not to relocate elephants from the Sinharaja Forest Reserve

Ajith Mannapperuma the new Deputy Minister of Environment assumed duties in his new position this morning (June 14), at the ministry under the auspices of President Maithripala Sirisena. Thereafter, the president engaged in a discussion with ministry officials.

The president had instructed the secretary to the Ministry of Finance and the director general of the Wildlife Conservation Department, that the two elephants must only be relocated by a group of experts after a thorough scientific study is conducted.

President Sirisena had said the two elephants must be allowed to roam freely in their own lands in a bid to protect the elephants in the country and conserve them. The president had ordered for the construction of a fence in the surrounding area to prevent any harm being caused to villages in the area. 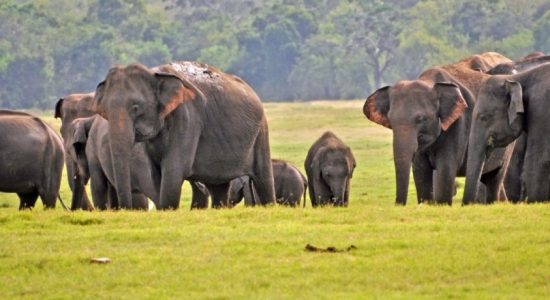