Meanwhile the low lying areas in Madampe and Galgamuwa, Chilaw are still submerged by floodwaters. The Madampe Police launched a boat to rescue a group of children stranded in several homes in the Madampe, Galgamuwa area. During the rescue attempt, one of the officers on board went missing after being caught by a current.

The heroism of this police officer, who placed the lives of others before his own, must not be soon forgotten.

Another death was reported in Alawwa, where a 40-year-old man was killed when an earth embankment collapsed onto a home in Nawathalwatte. In Ratnapura, one person was killed when a raft capsized in Galagamadeniya. The deceased has been identified as a 50-year-old resident of Dodampe. Yet another individual was reported missing after being caught by a current near the Mavulagama bridge, Panduwasnuwara.

Over 130,000 people affected by the ongoing weather conditions

So far there have been 16 deaths due to the prevailing inclement weather. This weather has affected 20 districts of the country. According to the Disaster Management Centre, more than 138,000 people have been affected and 53, 616 people have been displaced. The displaced are currently residing in temporary shelters.

The Disaster Management Centre has re-iterated that landslide warnings issued previously are still in effect.

The prevailing rainy condition in the south-western part of the island is expected to continue. Fairly strong gusty winds about 50kmph can also be expected over the island. Showers or thundershowers will occur at times in the following provinces;

Showers or thundershowers will occur elsewhere particularly after 2.00 p.m.

Heavy falls about 100-150mm can be expected at some places in Sabaragamuwa, Western, Central and North-Western provinces and in Galle, Matara, Jaffna and Mannar districts. Fairly heavy falls of about 75mm can also be expected elsewhere. 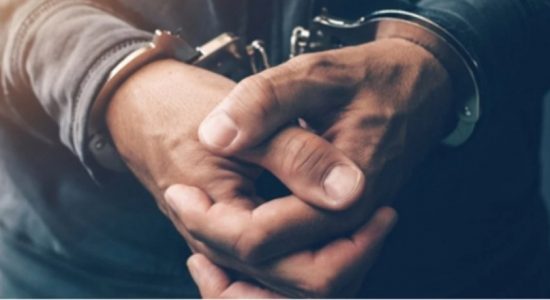