COLOMBO (News 1st) – Reports have surfaced that a rare endemic bear species in Sri Lanka was killed solely due to the negligence of wildlife officers, who’s very job is to protect the wildlife.

The Sri Lankan sloth bear (Melursus ursinus inornatus) is a subspecies of the sloth bear which is found mainly in lowland dry forests in the island of Sri Lanka.

The bear, which belongs to a species that is at risk of extinction, was shot by an office attached to the Giritale Wildlife Office.

The bear in question was found by wildlife officers in the Kuchchaveli area in Trincomalee with several wounds and was taken to hospital for treatment.

However, the bear had later broken free from the cage in which it was kept in and a special operation was launched to locate the bear.

The bear had made visits to several houses in the surrounding area thereafter.

The Minister of Wildlife, Field Marshall Sarath Fonseka, also expressed his views on the issue.

He said wildlife officials have neglected their duties and animals should be protected just like humans.

Field Marshall Fonseka went on to say the officer who fired the shots must be suspended.

“The Director General of Wildlife says the animal was tranquilised but villagers say otherwise,” he added, “So we appointed two secretaries to the ministry to a powerful investigative committee to provide me with an in-depth report.” 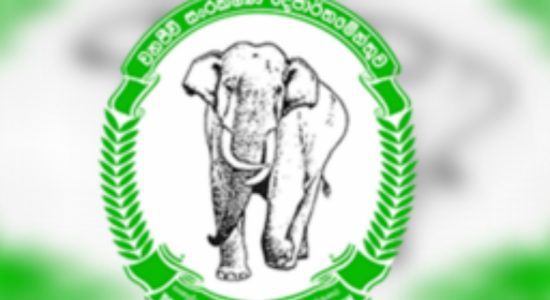