COLOMBO (News 1st) – The National Water Supply and Drainage Board stated that a consensus needs to be reached with regard to the controversial water supply project that is expected to use water from the Rajanganaya reservoir.

It said that the project that is temporarily suspended was aimed at providing water to areas that have a high demand and as a relief for people suffering from Chronic kidney disease.

A statement from the Water Board states the project would not supply water 24 hours of the day, taking into account the difficulties experienced by farmers when the water levels of the Rajanganaya reservoir is at a low.

Furthermore, the Water Board stated that there is a high possibility of restricting the amount of water obtained by limiting the supply for several hours only.

Earlier this week farmers protested in Thambuttegama against the proposed water supply project and a clash broke out between the Police and the protesting farmers.

Police arrested 59 people over the clash and 57 of them were remanded until the 05th of March.

Agreement to be reached on Water supply project 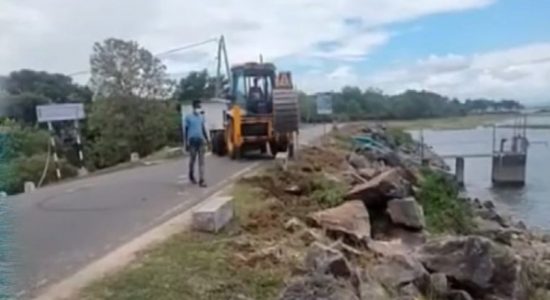