Oscar hopeful The Shape Of Water sued over plagiarism allegations

Oscar hopeful The Shape Of Water sued over plagiarism allegations

Oscar contender The Shape Of Water has been hit by a lawsuit claiming that its surreal plot is a rip-off of a 1969 play.

Director Guillermo del Toro has already won a BAFTA for the movie. It is also the most-nominated film at the Oscars, with 13 nods including best picture, best director and best actress.

The movie depicts a romance between a cleaner who works at a secret lab, played by British actress Sally Hawkins, and a mysterious river creature.

But legal papers filed in Los Angeles claim it “brazenly copies the story, elements, characters and themes” from a play called Let Me Hear You Whisper.

The lawsuit was filed by the son of playwright Paul Zindel, who died in 2003.

It lists what it claims are 60 resemblances between The Shape Of Water and the play.

They include the basic premise of a lonely cleaner working in a Cold War-era lab who forms a bond with a captive aquatic creature and tries to set it free.

However, in Let Me Hear You Whisper, the creature is a dolphin rather than a half-man, half-river creature. 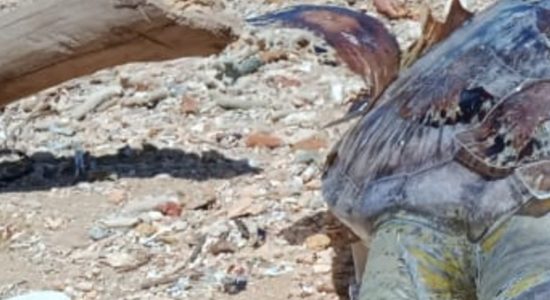