The people, politicians and President are all calling for Ranil Wickremesinghe to step down.

However, from the sentiments expressed by the Premier today, it does not seem like he is planning on letting the position or UNP leadership go anytime soon.

What transpired at the Press Briefing

Question: Prime Minister, you have been the leader of the party for 24 years. Don’t you think the time is right to hand over the leadership to someone new?

PM Ranil: We are in the process of creating a generation of new leaders..

PM Ranil: We have held discussions. It wont happen in 24 hours. Steps will be taken after the elections commission sends it’s list. We are making that transformation..

PM Ranil: I will continue to work according to the constitution.

Q: There are reports that the SLFP has joined hands with the JO and form a government with some members of the government.

PM Ranil: Some members of the UNP said that they were approached. But they had not agreed, our group met yesterday, and on Tuesday. We will gather again in a couple of days and move ahead. I have spoken with the other party leaders as well. They said there is no issue. Because we are all together.

We at News 1st understand that there is a small group of people on social media who are busy typing on their keyboards and mobile phones, expressing their discontent towards our reporting.

However, we need to point out that we, News 1st, stand for the truth.

What we bring before you are pure facts.

To those who question why we put in such an effort/attention on the United National Party;

The answer is quite simple…

The UNP is the party of the father of our nation and we believe that the UNP is absolutely necessary for a vibrant democracy in the country.

United National Party has a staggering history of 72 years. For 1/3rd of it’s seven decades, one gentleman has been at the helm of the party.

The latest election result is just a singular symptom of the long drawn out ailment that the party has been suffering from.

They are in power, they held the key ministries.

Yet, the situation they have fallen to is nothing short of –sad.

Maharagama is a perfect example. An independent group which has candidates who do not even live in the same electorate eclipsed the mainstream United National Party.

There are some that criticize us, yet there are many, many more, who call on the UNP leader to hand over the party leadership to someone else.

They believe, the longer Ranil remains as it’s leader, the longer the party will continue to plummet.

UNP of the past

Over the years, UNP had a number of great leaders. Under each of those great leaders were a clear-cut 2nd tier of leaders, groomed to take the party forward.

In the present day UNP, who can point out a young leader and say ‘here is the second tier created by Ranil Wickremesinghe’?

Adding up to that, over the past 24 year under Ranil Wickremesinghe, the party has only achieved two election victories.

Ask yourself, in what way has the party developed under Ranil Wickremesinghe?

The Master of Manipulation

One thing is for sure, Premier Wickremesinghe is a master at manipulating his own party members.

Following are the number of rebellions against Ranil, within his own party.

Year 2000: Gamini Athukorala led an agitation to change the leadership, however after a small reshuffle in positions of the party, Ranil managed to side step it.

Year 2004: Following another election defeat came another rebellion, again Ranil took steps to appoint people like SB Dissanayake to positions such as National Organizer and sidestep once again.

Year 2009: Another rebellion, this time the youth of the party took the lead in asking Ranil Wickremesinghe to pack his bags. However, he managed to cleverly weather this storm by appointing a committee on leadership with people like Wijeyadasa Rajapaksa and Joseph Michael Perera.

Year 2010: Ranil ditched contesting the Presidential Election and abandoned SF out to dry when the final election results were released.

Year 2011: Another rebellion, this time backed vocally by the rank and file who invaded Sirikotha. However the clever operator once again side stepped this by appointing what he called a ‘Leadership Council’.

Where is this council today? What does it do?

This eventually resulted in a great deal of young leaders abandoning the party and crossing over.

Today he comes before the media and asks “why should I leave”?

Following is what Ranil Wickremesinghe has told the media through the years. Listen carefully, you might begin to see a pattern.

“We looked at re-structuring the party and moving ahead with Panditharatne. We took all views into consideration in-order to work together”

“Many have different opinions on re-structuring. During the 100 days period we will bring all views under a single stance. We will implement those proposals and form the United National Party that secures a majority. That is what I ask from you”

“We are considering many proposals made regarding the United National Party. Special attention will be focused on that”

“There is no evidence to claim the Governor of the Central Bank was involved in this. It is baseless. He had given the instructions in the presence of two Deputy Governors. The allegation the Prime Minister intervened in the process of the Tender Board is baseless. I appointed the three members committee to look into the 30 year bond issue on the 27th of February 2015. How can I look in to that? I cannot tell the Monetary Board to do so. I must be satisfied at first”

These are the facts…

We Report. You Decide. 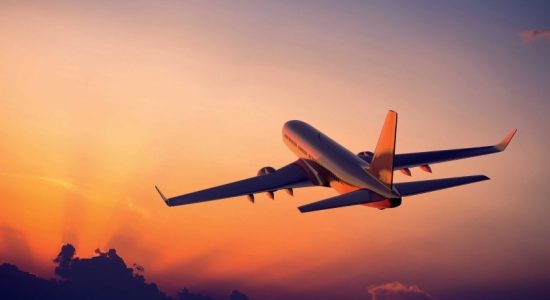 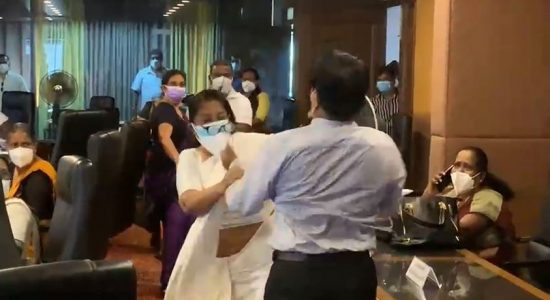