Petition in Supreme Court to ‘temporarily remove’ the Maldivian President

Petition in Supreme Court to ‘temporarily remove’ the Maldivian President

A petition has been filed in Supreme Court to temporarily remove the Maldvian President.

This act has been carried out by an opposition alliance in the Maldives, who also request to appoint investigators to look into allegations of corruption and misrule.

Leaders of a four-party opposition coalition submitted this petition on Sunday (January 28).

The Parliament has the power to remove the President. However, according to the opposition, the petition was moved to the courts because the Parliament is virtually dysfunctional after 12 lawmakers were removed from their positions when they announced support for an opposition move to oust the speaker.

Maldivian opposition released a statement accusing Abdulla Yameen of “unjust enrichment from appropriation of state properties and funds for personal benefit” and violating the rights and constitutional freedoms of the Maldivian people.

Yameen has been accused of manipulating the judiciary and other state institutions to block opposition to his rule.

Other accusations against Yameen include;

Dozens of opposition politicians have been jailed through trials criticized for a lack of due process.

However, Yameen’s control over parliament has been threatened by the agreement between the two former presidents, his half brother, former strongman Maumoon Abdul Gayoom, and the nation’s first democratically elected leader, Nasheed. 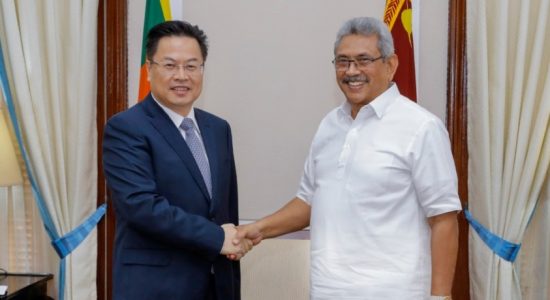