President Maithripala Sirisena states that he will request his Russian counterpart Vladimir Putin, in writing, to cancel the ban on Sri Lankan tea exports to Russia that is to come in to effect tomorrow, December 18.

President Sirisena made this statement at an event held in the Haputale town earlier today, December 17.

“I have drafted a letter to Russian President Vladamir Putin and will forward it tomorrow. I hope to make a request to reconsider the situation as an allied nation and the leading importer of Sri Lankan tea and to restore the tea imports to its former state” – President Maithripala Sirisena.

Furthermore, he stated that a group including the Minister of Plantation Industry Navin Dissanayake will leave to Russia tonight to lead discussions in this regard.

Minister of Plantations, Navin Dissanayake commented on the matter at an event held in Nuwara-Eliya. He stated that this is a surprising situation because the insect named Cappra is found usually found in stocks of grain.

Furthermore he said that thus our government as well as the Tea board believes that the insect may have been in their packaging and not in the tea therefore it is believed that it may have transferred during a stop at another port.

Nevertheless, the Ministry as well as the government will be taking all possible steps to remove this temporary ban and swiftly resolve the situation. 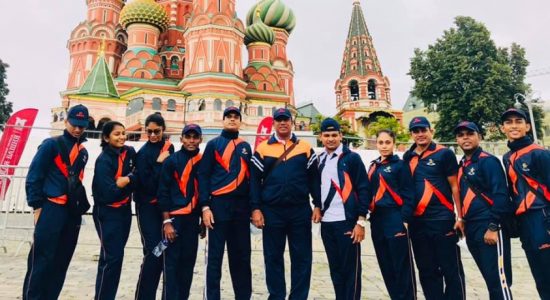