The University of Peradeniya will partner with Gammadda, the Rural Development arm of News 1st and conduct an extensive Field Study on the Ancient Cascade Tank System in Sri Lanka’s Dry Zone.

Phase I of the ‘Wewen-Wewata Initiative’ will focus on the Bellankadawala Cascade System and the Palugaswewa Cascade System, situated within the Malwatu-Oya basin and will begin tomorrow (Dec 17).

Sri Lanka’s ancient hydraulic civilisation has been widely recognised as perhaps the finest in the world. Her sophisticated network of small tanks, canals and larger reservoirs served her people for many thousands of years, and ran into ruin only over the past one hundred years or so. The destruction of the Small Tank System in Sri Lanka, has had a devastating impact on water management, retention and redistribution. Today, the island is struck by floods and droughts simultaneously and struggles to manage her water resources. Her paddy crops are often devastated by a lack of proper irrigation, leaving millions of farming families desperate and despondent. What was once known as The Granary of the East, is today, a nation unable to feed her own people. This is the hard fact, that Sri Lanka must face if it is to progress.

In the past, things were different

Sri Lanka’s Water Management Systems were built with a focus on providing a cluster of villages with food and water security. Recent studies have shed light on the incredible knowledge our ancients must have possessed on rainfall probability, hydro-logical characteristics and topography, in order to build these systems that served for millennia.

“This Field Study will focus on the internal structure and construct of each individual tank, and its alignment and linkage to the larger system”, noted Chevaan Daniel, Group Director of Capital Maharaja.

Our kings built small tank systems that cascaded towards larger reservoirs connected by canals. Each tank had a separate and specific purpose. They were not all used for agriculture. For instance, some tanks were built for the exclusive use of animals- this meant that large creatures like elephants, lived peacefully in forests and had no need to ravage villages in search of food and water. This was cutting-edge, innovative thinking, thousands of years ago.

Gammadda Wewen-Wawata (#wewa) will thus begin with a meticulous study of two ‘Cascade Systems’ found within the Malwatu Oya basin. It is estimated that this system alone consists of some 19 small tanks. The study will include scientific Geo-mapping and will use a host of technological methods to capture every possible piece of data and information. It must be noted that Gammadda Wewen-Wawata stands on the shoulders of and benefits greatly by, studies and research done by various individuals and institutions, in the past. While there are literally thousands of dilapidated small tank systems in the Dry Zone, this study, will first focus on two systems in order to understand how they work, and what can be done to breathe life into them once again.

It is hoped that these and other efforts championed by the people, will ultimately result in a concerted national effort at prioritizing and redeveloping our ancient water systems so that they may serve our nation once again, for centuries to come. 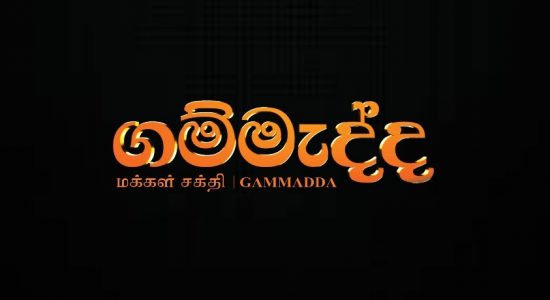