The foundation stone for South Asia’s largest hospital, consisting an OPD, an in-house treatment unit with 200 beds, 100 beds for blood dialysis, as well as an ICU and a blood bank for kidney patients was laid by President Maithripala Sirisena today, December 06,  along with the laying of the foundation stone for a new hospital to treat patients who have suffered strokes.

The construction of the hospital is being funded by the Chinese Government,  at the request of President Sirisena.

The budget given for the hospital, which is being constructed near the 28th milepost area in Polonnaruwa, will be Rs.12 billion. It will house state-of-the-art, high-quality equipment, upon completion.

President Sirisena attending the event, expressed his thoughts. The president said that as promised in his manifesto, he has reached out for international support and met leaders of the world.

He further said that,  as stated, they are engaged in the pure task of establishing good governance in the country through democracy, reconsideration, establishment of human rights, justice and the sovereignty of the judiciary.

According to President Sirisena, this is the reason that they are receiving support of the international community to the current extent.

There is criticism against the government the government is being ridiculed. But amidst all of that, we have done a lot and changed many things. We have created that path for a better tomorrow through the work we did in the three years, said. President Maithripala Sirisena.

Dr. Rajitha Senaratne, Minister of Health said that the president requested for a hospital with the best technology, to treat kidney diseases, when he was on a tour in China. And that the Chinese government granted this 12 billion rupees for the particular hospital to be constructed, which is not a mere National Hospital.

Furthermore, he stated that there was an agreement which was signed with regard to the chronic kidney disease, and that there will be a laboratory on a five and a half acre plot of land in the Peradeniya University to research on kidney-related diseases, which will be the largest lab in Asia, and the largest in the country.

Dr. Senaratne, expressing his thoughts, raised a question – Why did the president make this request? The reasons for this disease is still unknown. There are suspicions of various nature, but the precise nature is yet to be known, said the minister. 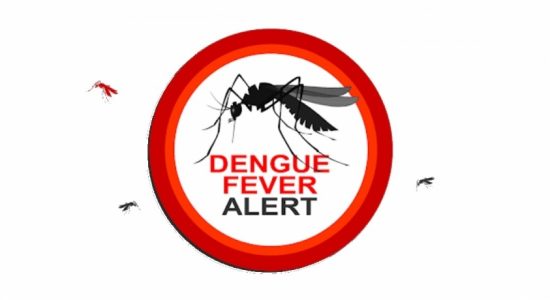