The Central Engineering Consultancy Bureau says that investigations are underway over the leakage at the tunnel of the Uma Oya multi purpose project, under the instructions of a Norwegian expert.

Civil Engineer at the Bureau, Athula Dhammika said that an European team of experts and a Geological Survey Team from the Peradeniya University have also joined the investigation.

Dhammika also said that a report regarding the progress of the teams is submitted to the Mahaweli Authority every week.

According to Civil Engineer Dhammika, a leakage of 1,200 litres per second was reported from the Uma Oya project in April this year, while at present it has reduced to 583 litres per second.

Over 2,000 houses in the area have been damaged as a result of this project and a compensation of Rs.625 million had been provided for the affected families in July.

The government has decided to carry out a special disaster management plan in the areas affected as a result of the Uma Oya multi-purpose project.

The plan is scheduled to be carried out from November 1 to January 30. A Special Disaster Management Office, in this regard is set to be established in Bandarawela.

Over 7,300 families in the Badulla district have been affected as a result of the Uma Oya Multi Purpose project. 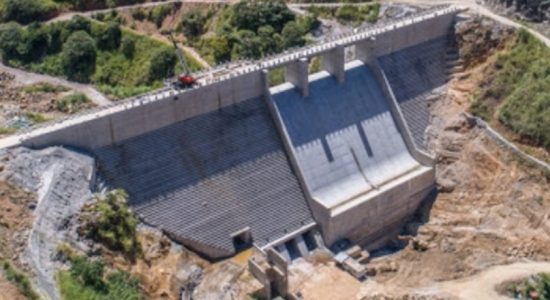