A Sri Lankan national is running for Governor of Maryland, United States.

She officially launched her campaign on Tuesday September 19.

The announcement was made outside the basement apartment in Baltimore County. This venue is significant because that is where her parents, who are two school teachers in Baltimore, brought her as an infant after fleeing the civil war in Sri Lanka.

Vignarajah announced in August that she would join the packed field of Democrats vying to challenge the popular incumbent, Gov. Larry Hogan, in November 2018.

As the only woman in the crowded Democratic field challenging Republican Gov. Larry Hogan, Vignarajah put her gender at the center of her candidacy.

A graduate of Yale University and Yale Law School, Vignarajah lives in Gaithersburg and worked for Michelle Obama for a little more than two years, after a stint as a senior adviser at the State Department.

She previously worked at a New York-based consulting firm and a Chicago-based law firm and has taught at Georgetown University. 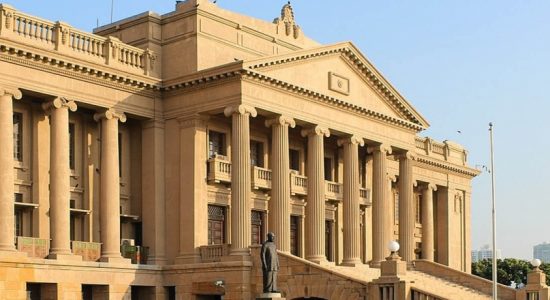 “Tax system of the country should be kept simple” : Anura Kumara