The Draft Bill of the 20th Amendment to the Constitution was defeated at the Southern Provincial Council by 27 votes today.The debate and vote on the amendment was taken up amidst a heavy exchange of blows between the councillors.

A special meeting of the Southern Provincial Council was convened today, as per a request of its councillors to discuss the 20th Amendment to the Constitution.

At the outset of the meeting, Chief Minister Shan Wijayalal announced to the council that the governor had informed that the draft Bill will be taken up for debate in the chambers on September 12, subject to amendments.

Thereafter, councillors representing the Joint Opposition requested for a vote on the Draft Bill. United National Party councillors who opposed the request informed that they would exit the chambers.

At that instance, UNP Councillor Chandana Priyantha ran away with the mace to a lavatory in the council premises. Later, during a tug of war between the councillors, the mace broke in two.

Thereafter, councillors of the Joint Opposition took hold of the mace and reconvened at the council chambers.

A group of councillors including the chief minister were not in their seats when the council reconvened, while just one councillor of the United National Party was present in the chambers.

Subsequently, a vote was taken up on the Draft Bill of the 20th Amendment to the Constitution with 27 votes being cast against.

T. V. K. Gamini, the only UNP Councillor to be in the chambers at the time of the vote, abstained from voting.

Thereafter, Chairman of the Southern Provincial Council K. A. Somawansa adjourned the council until September 12.

The mace at the Western Provincial Council was damaged yesterday, when the Draft Bill of the 20th Amendment to the Constitution was tabled in the chambers.

The mace at the North Central Provincial Council broke in two when a Motion of No Confidence against Council Chairman T. M. R. Siripala spiraled out of control.

When public representatives elected by the people’s vote, behave like elephants in heat, can they meet the people’s aspirations? 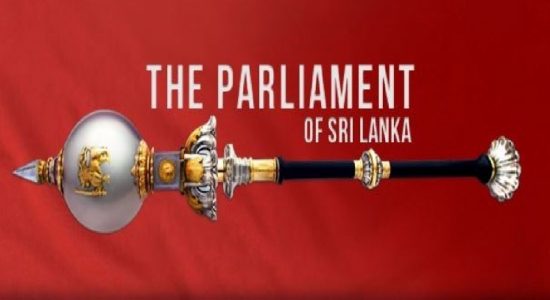