The first discussion document of the Independent Council for News Media Standards Act purports to “preserve the freedom of the news media and to maintain and improve the professional standards of news media in Sri Lanka”.

However, on inspection there are clauses which will neither preserve nor improve the freedom and standards.

The Council members will be appointed by the President on the recommendation of the Constitutional Council made up of ten members, of which seven are politicians.

This leaves room for political influence in the makeup of the Council for News Media Standards Act.

This outlines the duties and functions of the Council which include enforcement of Codes of Practice which can be “revised when ever the need arises” following public consultation held with various bodies “having consultative status with the Council”.

The concern is that the Codes of Practice will come after the Act is brought into effect. The content of the codes will be outside of the Act but have the powers of the Act. It is also subject to on going change.

The concern here is that the Council can take action on its own account and not as a result of a party asking or making a motion to move the Council to act.

The Council will also have the power to conduct open public consultations, at least once a year, to assess public perception of the news media outlet’s compliance with the codes of practice.

The danger is that the public representatives can be manipulated, resulting in a survey which is heavily biased, and upon which the Council may act.

The appointees to the Council have been made by politicians.

News1st welcomes the statement in Section 8 which states that no court may require a journalist to disclose their source of information, the powers of the Council outlined in Section 37 (e,f) requiring a journalist or news outlet to hand over documents.

Through this system, consequences for investigative journalism will be devastating, this form of journalism is vital in a free, democratic society.

News1st has a proud history of exposing corruption at a very high level which could not have been possible if the source knew any documentation given to News1st would have to be revealed to this Council.

Such examples include the bond scam, currently the subject of a Presidential Commission of Inquiry. It was News1st that first brought this issue to the attention of the public two years ago with information from five informants who remain anonymous.

Similarly, the stock market “Pump and Dump” scandal in 2015 was exposed by News1st, with inside informants.

The fraudulent award of contracts on parts of the outer circular highway was exposed through documentation provided by whistle-blowers to News`st, confident that their identity was protected.

There has been progress in the past two years, however Reporters Without Borders still ranks Sri Lanka low in the World Press Freedom Index placing, the country in 141 position out of 180 countries.

The protection of journalism is paramount in a democratic society.

In addition, much is being said about the need to encourage Foreign Direct Investment, to do so a transparent government and economic policies free from corruption, that can stand-up to robust scrutiny, has never been greater.

Meanwhile, the matter was taken up at a cabinet media briefing on Wednesday.

News1st Journalist: “When will the Independent Council for News Media Standards Act be brought before the Parliament?”

Minister Dayasiri Jayasekara: “This is still at discussion stage. It then needs to go into cabinet. I was not aware of such an Act until journalists started querying about it. Then, we started inquiring about it from different places”.

News1st Journalist: “Even though ministers are unaware, this has now been drafted. The Director General of Information Dr. Ranga Kalansuriya is aware of this. The help of a company based in Denmark called the International Media Support has been obtained. Why was the support of this company necessary?”

Dr. Ranga Kalansuriya (Director General of Government Information): “This commenced in June. There is an election promise that a more independent mechanism than the Press Council Act will be introduced. In June, the Prime Minister advised us to commence the work. Eight media organisations joined us for the initial discussions. Chairman of Sri Lanka Working Journalists Association Lasantha Ruhunage walked out because the other faction of the free media movement was called for this meeting. The Tamil media organisations and Muslim organisations also attended these discussions. It was decided to appoint a sub committee to initiate work on the drafting of this Act. Seetha Ranjani from the Free Media Movement, Upali Arambawela, Dharmasiri Lankapeli and M.N Ameen got involved in this sub committee. The Committee then decided that services of Wijayananda Jayaweera who has retired from the UNESCO should be obtained. I did not decide this. It was the decision of the Committee. The Committee, within two months, convened six times at my office and they completed the draft. Minister Gayantha forwarded the draft made by this sub committee for the approval of the cabinet in November last year. This was announced at the cabinet meeting. The approval was to receive the opinion of the public. We received 125 responses. Journalists from your organisation came to us confidentially. They met the minister and provided their opinion regarding this. They said that they want to remain anonymous since they might have problems from the company. We compiled the second draft and we made a request from Dr. Pradeep Weerasinghe of the Organisation for National Media Development. We as a department do not have the required resources to take this around the country. He received aid from International Support, the organisation you mentioned, to carry out this public consultation across the island. As part of that project, Toby Mendel arrived in the country last week. The government nor the department is involved in this arrangement”.

News1st Journalist: “So, there is a connection between you and Mr. Toby Mendel”.

Dr. Ranga Kalansuriya (Director General of Government Information): “Yes. That is where I worked before”.

Dr. Ranga Kalansuriya (Director General of Government Information): “I did not select him. It wasn’t me”.

News1st Journalist: “You have selected both Mr. Toby Mendel and Pradeep N. Weerasinghe for the drafting. On what basis were they selected?”

Dr. Ranga Kalansuriya (Director General of Government Information): “There was no basis. The draft was made by the sub committee that I mentioned. The Committe comprised of five Sri Lankans including Wijayananda Jayaweera. We can obtain the advise of any other specialist. We will accept what you have to say as well when it comes to enacting this or not. They did not draft this”.

According to the Director General of Government Information, Dr. Pradeep N. Weerasinghe that is spearheading this process in the drafting of this document.

Dr. Pradeep Weerasinghe was suspended from the University of Colombo over an an incident surrounding a student while he was serving as a senior lectuerer there. An inquiry was also held into the incident.

The Canadian British national who is involved in this move, Mr. Toby Mendel is the President of the Centre for Law and Democracy of CLD – a non governmental organisation.

The main objective of this NGO is to promote democracy.

Mendel has been having close ties with “International Media Support” a company in which Dr. Kalansuriya acts as the Regional Adviser.

News`st will continue to focus its attention on deals as this, involving several NGOs. 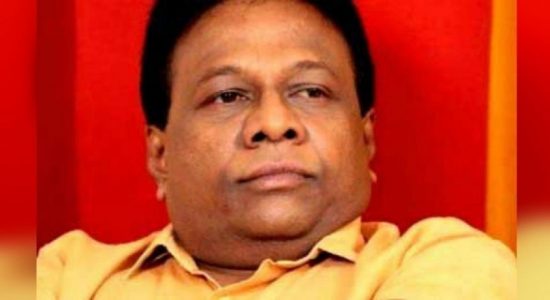 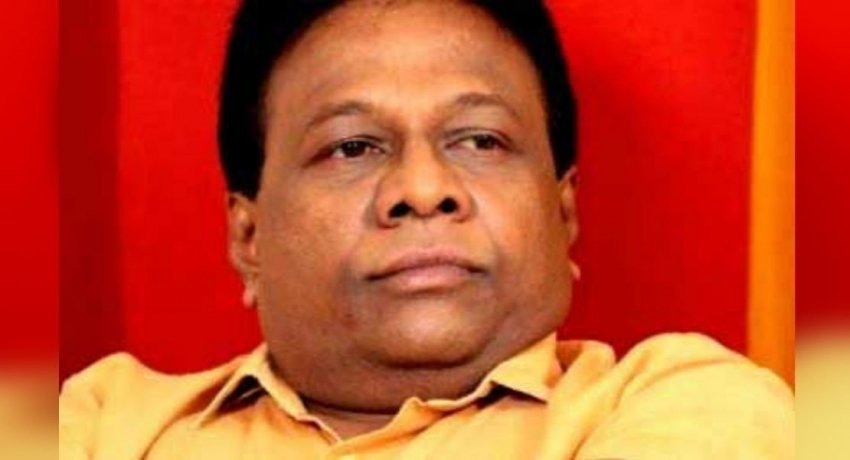