Several countries sever ties with Qatar – What will be the fate of SL expats?

Several countries sever ties with Qatar – What will be the fate of SL expats?

The Arab states of the Persian Gulf are in the grips of an unprecedented regional crisis.

The United States, Russia, France, Iran and Turkey have all called for the row to be resolved through dialogue.

Qatar’s ruler postponed an address to his country on Tuesday, over its sudden and damaging diplomatic isolation from other leading Arab nations, in order to allow Kuwait some time and room to mediate.

Kuwait’s ruler, Sheikh Sabah Al-Ahmad Al-Jaber Al-Sabah called on Qatar’s ruler to focus on easing tension and advised against making decisions that could escalate the situation.

In a sign of the potential consequences for the Qatari economy, a number of banks in the region began stepping back from business dealings with Qatar.

According to sources, Turkish President Tayyip Erdogan spoke by phone with the leaders of Qatar, Russia, Kuwait and Saudi Arabia on lowering tension.

Sanctions include shutting down transport links, including closing borders, airspace and maritime territories which led to fears of supply shortages.

The move is a reflection of long-running frustrations with the Qataris, who the Saudis and Emiratis claim are supporting terrorist groups, as well as being far too cordial with Iran, their regional archrival.

The dispute between Qatar and the Arab countries escalated after a recent hack of Qatar’s state-run news agency. It has spiralled since.

A complicated and uncertain state of affairs is playing out, with far-reaching stakes, Qatar, after all, is home to a crucial forward base for U.S. Central Command.

The US military’s Central Command says it has “no plans to change our posture in Qatar” amid a Gulf diplomatic crisis. Major Adrian J. T. Rankine-Galloway said in a statement that US military aircraft continue to fly missions in Afghanistan, Iraq and Syria from Qatar’s Al-Udeid air base.

Meanwhile, shoppers in Qatar packed supermarkets for fear that the country, which relies on imports, will face supply shortages after several of it’s neighboring countries announced to cut off diplomatic ties.

As most of the imports to Qatar travel via Saudi Arabia, local people and foreigners living in Qatar rushed to supermarkets on Monday afternoon out of fear for food and water shortages after Saudi announced to close land border ports.

As Bahrain, Saudi Arabia and the United Arab Emirates sever diplomatic relations with Qatar, the nations have also closed their airspace to its neighbour.

Unfortunately for Qatar Airways, the lack of access to Bahrainian, Emirati and Saudi airspace could have a devastating effect on it’s operations as Qatar has very little airspace relative to the size of the country.

Losing access to Saudi airspace will force Qatar Airways into the costly maneuver of rerouting it’s Africa-bound flights, losing access to Bahrainian airspace could be catastrophic because it almost completely encircles Qatar.

That means, should the ban hold up, Qatar Airways flights will need to fly through airspace that it is currently banned from in order to reach it’s home base in Doha.

The airline said passengers holding a confirmed Qatar Airways ticket to any of the four countries between June 5 and July 6 are permitted to rebook their flights up to 30 days after their current departure date.

Qatar Airways said, its offices will continue to operate as normal in affected countries until further notice.

Qatar was named the most competitive economy in the Middle East in 2016, and employs a large number of Sri Lankan migrant workers.

Although it’s just 4,473 sqaure miles in size, Qatar is a high income economy, backed by the world’s third largest natural gas reserves and oil reserves. The country has the highest per capita income in the world.

Foreign employment has become the largest source of foreign exchange in the Sri Lankan economy during the past few years.

Approximately 50,000 to 60,000 Sri Lankans each year, over the past two years have departed the country to work in Qatar.

Qatar has provided the most number of jobs for Sri Lankan expatriates after Saudi Arabia, in the last two years.

Earlier in the day, passengers arriving at BIA have complained that banks at the airport had stopped buying Qatari Riyals.

However, commercial banks at the Bandaranaike International Airport started accepting Qatari Riyals once again, following a statement from the Central Bank of Sri Lanka denying it had informed banks “not to accept Qatari Riyals.” 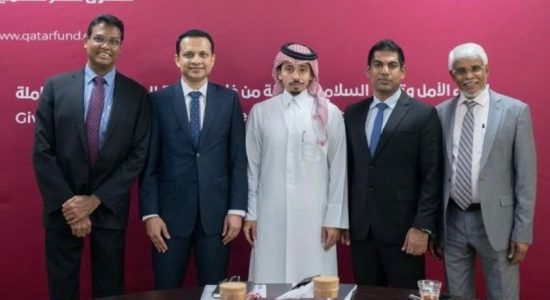 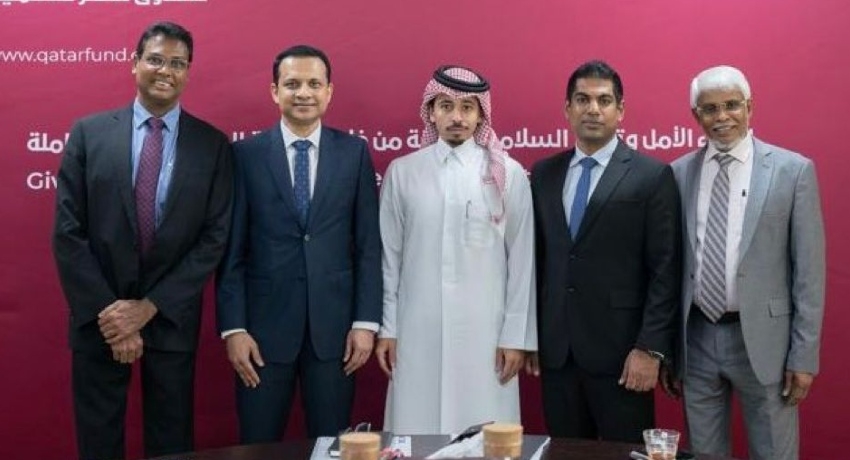