Former Chief Minister of the Western Province, MP Prasanna Ranatunga, convened a media briefing today, April 25, to respond to allegations levelled at him.

[quote]”There are plenty of MPs and Ministers who park their vehicles in this way. I came here when I was the Chief Minister, when I used state vehicles. I parked those vehicles at this location. Yesterday, it was said that I took steps to evict 28 people from a state- owned property and provide that property to another individual. There isn’t even a case against me on this. That case was filed prior to the previous general election over a personal transaction. I have obtained legal advise on this and I am acting accordingly. I run a filling station and I sell land after breaking it up into plots. Is there something wrong with that? asked MP Prasanna Ranatunga.”[/quote]

A conversation took place between MP Prasanna Ranatunga and a News1st journalist..

Journalist: “But on the audio recording that was released, you are heard asking for some money when you were the Chief Minister?”

MP Prasanna Ranatunga: “No, I beg your pardon but that too is false. That is why I say that since there is an ongoing case, I do not wish to comment on this as it will influence the evidence. That is why I said I have taken legal recourse. You will become aware of this in the future”.

Journalist: “What about when you were heard scolding officials in the audio recording?”

MP Prasanna Ranatunga: “I will say this. If we are listening to the audio recording”.

Journalist: “Now you are talking about flaying people. You are a former Chief Minister?”

MP Prasanna Ranatunga: “Should I just roll over?”

Journalist: “Former Chief Minister, we cannot comprehend how you can threaten people like this. You threatened the police too”.

MP Prasanna Ranatunga: “In 88 and 91, I did much more than that in order to save people. When Chandrika Kumaratunga was not given a nomination, on that day too I beat the police. At times we become radical in that way”.

Journalist: “So are you a thug?”

MP Prasanna Ranatunga: “Oh no sir, have I been involved in any thuggery in the recent past?”

In response to a request we made on April 24, a large number of people have submitted information on the actions of the former Chief Minister.

We extend our gratitude to you.

However, we have made a policy decision, not to broadcast this information. 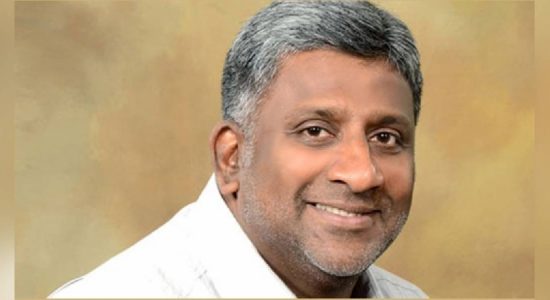 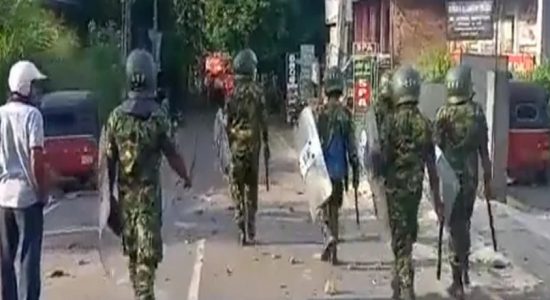