The UNP Organizer for Katana electorate announced her resignation from the post while calling out Min. John Amaratunga on corruption. Attorney-at-Law Rose Fernando said that she refuse to serve in the capacity of UNP under corrupt circumstances.

How it all started

When explaining her reasons, Rose Fernando began from the former administration where then-Minister Sarath Gunaratne “used his political power to take over the administration of the Airport Tourist Drivers Association”.

Rose revealed that Gunaratna made sure that his 10 vehicles carried passengers and said the situation “changed after the government of good governance was elected”.

“I intervened to obtain the tender for the association under the existing legal frame work. For this one requires a tourism permit. We went to apply for this permit from the Tourist Board – which comes under Minister John Amaratunga.”, she added.

However, Rose says that pressure was being exerted at the time to issue permits for five close associates of Min. Amaratunga. “He had wanted them to be included in to the Airport Tourist Drivers Association ensuring that they can use the permit to enter and leave the airport. ” she said.

The UNP organizer pointed out that the jobs of 135 people are currently at risk because of the actions of the minister and that he has “no right what-so-ever” to request for five permits.

“In these circumstances I refuse to serve in the capacity of UNP electorate organizer. I have addressed my letter of resignation to the party leadership. I condemn the actions of this Minister who is representing our political party. The people who were affected by this could not even celebrate the Sinhala and Tamil new year. We will also be held responsible for such actions carried out by Ministers …” she said.

While all this was taking place, Min. Amaratunga was in Kajuwatta talking to the cashew vendors. 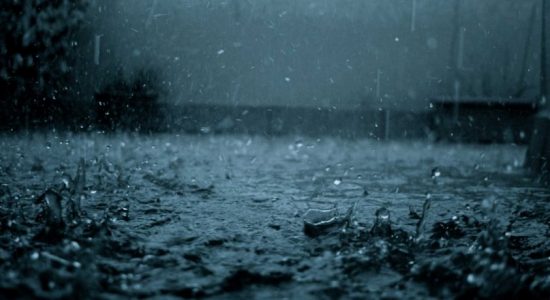