Supreme Court orders that petition against Sandaruwan Senadeera be amended

Supreme Court orders that petition against Sandaruwan Senadeera be amended

Though the petitioner had recorded an address in Malabe, the lawyer representing the Attorney General and the petitioner revealed in Supreme Court on Wednesday that the CID had brought to light the true address of the petitioner, when a case was taken up at the Gampaha High Court.

Lawyers informed court that it was an overseas address.

Accordingly, the Supreme Court ordered the petitioner’s lawyer, Attorney at Law Madura Vithanage to resubmit the petition after having rectified the mistake following which they can issue notice to the respondent in this regard.

The case, which was filed by Attorney at Law Madura Vithanage against Sandaruwan Senadeera for contempt of court on February 14, will be taken up for hearing once again on May 16. 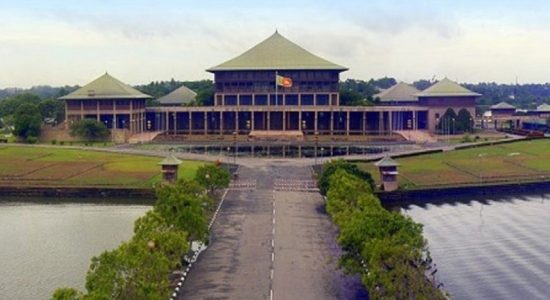 Speaker yet to receive SC determination on Port City Bill