Over 200,000 metric tonnes of rice to be imported to address shortage

Over 200,000 metric tonnes of rice to be imported to address shortage

The National Movement for Consumer Rights Protection says , selling local and imported rice at two different prices will only create more complications for the consumers.

The movement adds that imposing two separate controlled prices will have a direct impact on the quality of rice that enters the market.

At a meeting held recently, rice producers proposed the implementation of two controlled prices for local and imported rice.

Considering the decisions made by the Cabinet Sub-committee on the Cost of Living – the Consumer Affairs Authority published a gazette with the new prices.

Today the National Movement for Consumer Rights Protection inspected several locations in Colombo to inquire in to the quality of rice available in the market.

Traders claim that even though a new controlled price has been introduced, they cannot sell locally produced rice for those prices.

The Essential Commodities Importers & Traders Association also echoes that two control prices will not benefit the consumers at all.

According to the Essential Commodities Importers and Traders Association the distribution of rice lies with the local mills and there are around 204,000 small shops across the country that import goods therefore the MRP for local rice is “extremely high.”

Large scale mills are exerting pressure on the government therefore the government decided to make amends to the MRP, according to the All Ceylon Peasants Federation.

Chairman of the Federation added that the government imposed a separate MRP for imported rice and another MRP for locally produced rice but there are rice stocks in the country.

The Ministry of Industry and Commerce says there is no shortage of rice in the country.

The Ministry also goes on to note that imported rice stocks are still reaching the country in order to enforce the Control Price and ensure a streamlined distribution.

The Ministry also said that Cabinet has approved the importation of rice through Sathosa which would result in rice being sold for a much lesser price.

Minister of Rural Economic Affairs,P. Harrison pointed out that there is a issue among the traders because of the locally produced rice and the imported rice and this issue will be resolved in the coming days.

He added that the controlled Price was introduced last night and there is a good price for the locally produced rice in the country. 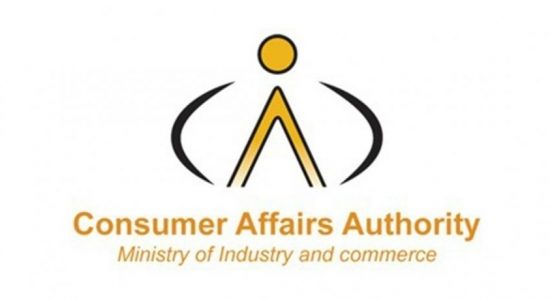