A Showdown in the making: Auditor General vs Finance Minister

A Showdown in the making: Auditor General vs Finance Minister

Questions were raised at a media briefing over this issue between the Finance Minister and the Auditor General.

According to Ravi Karunanayake, a request was made under clause 43 (2) which instructs that the report be directed to the Minister of Finance.

“We make a request under clause 43 (2) and when it is written under this clause, it is not for the entire world to see, it is something which should be sent to me. So, if it has been published to an outside party before coming to me, shouldn’t I be the one who should be asking the questions, if not people would think that I published it”, he said.

Karunanayake clarified that it is not the A.G’s honesty, but the procedure that is being questioned

I am shocked. I do not like to discuss this any further because he is not here at the moment. I will arrange an opportunity to rectify this while he is present”

Minister of Sports, Dayasiri Jayasekara pointed out that the Finance Minister’s request does not have a legitimate right, and the Auditor General only answers to the parliament

Minister Jayasekera explained that when the auditor general is requested for something he will give it and the moment he does,he uploads it to the web (since it is not a secret anymore). 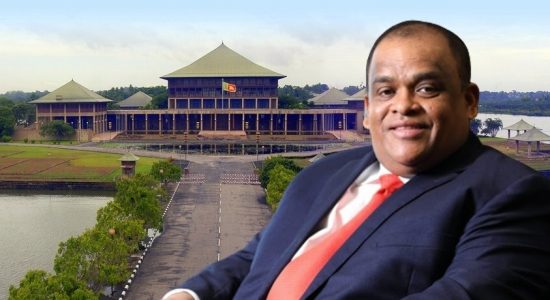