Former minister Wimal Weerawansa was re-remanded until February 7.He was produced before Fort Magistrate, Lanka Jayaratne on January 24.

Former minister Wimal Weerawansa and another suspect were arrested on January 10 and remanded for the alleged misuse of around forty state-owned vehicles during the previous regime, during which time he served as the Minister of Housing and Construction. It is alleged that the use of vehicles had caused a loss of almost Rs. 100 million to the government.

His attorneys noted that his wife and daughter were in distress due to certain propaganda over the death of a youth at the residence of the former minister. His lawyers added that the daughter is due to sit the Ordinary Level examination this year (2017).

However, the magistrate who took these facts into consideration had said that the Ordinary Level Exam, which is eleven months away, is not a reason to grant bail.

The magistrate noted that the evidence recorded thus far proves the allegations against the two suspects. The bail request was thus turned down and it was ordered that the suspects be further remanded.

The magistrate also ordered the arrest of an individual who pointed a finger at the judge and made a threatening statement inside court. The individual who was was charged with contempt was remanded until February 7. 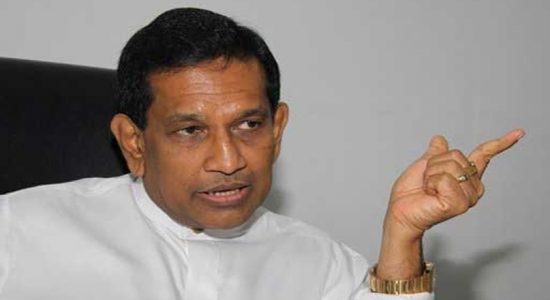