The US State Department declared that 35 Russian diplomats’ from the Washington DC embassy and the consulate in San Francisco “persona non grata”, and gave them and their families 72 hours to leave the US.

In diplomacy, the term persona non grata, literally meaning “person not appreciated”, refers to a foreign person whose entering or remaining in a particular country is prohibited by that country’s government.’

The move follows calls from senior US senators to sanction Russian officials who are believed to have played a role in the hacking, which some lawmakers referred to as America’s “political Pearl Harbor”.

Republican senators John McCain and Lindsey Graham, who led the calls for sanctions, said they “intend to lead the effort in the new Congress to impose stronger sanctions on Russia”.

Russian Foreign Ministry Spokeswoman Maria Zakharova said similar steps will be taken in response to the expulsions, though she did not immediately provide further details. Dmitri Peskov, a spokesman for Russian President Vladimir Putin, told reporters there is “no alternative to reciprocal measures,” adding that Putin is “in no rush to make a decision.”

Russia’s first visible action was seen on Thursday (Dec. 29), where Russian authorities ordered the closure of the Anglo-American School of Moscow, which serves children of US, British and Canadian embassy personnel.

The order also closes access to the US embassy vacation house in Serebryany Bor, near Moscow. 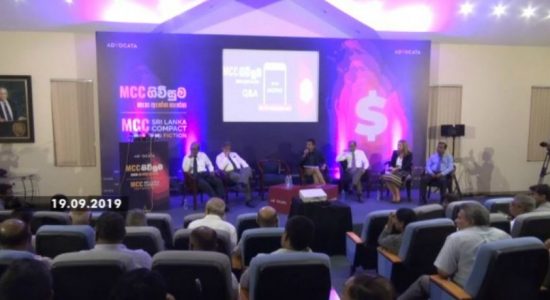 US responds to Wimal's allegations about Americans