The Nochchiyagama Pradeshiya Sabha operates under a Secretary who is an officer of the Sri Lanka Administrative Service, due to the end of its tenure. On Thursday, Action TV highlighted the attempts being made to pave the way for a land theft with the use of public funds.

The Nochchiyagama Pradeshiya Sabha has taken measures to construct an ad hoc wall separating about 100 perches of the Nochiyagama Mahaweli grounds.

What is notable is that, the construction of this wall is taking place at a time when such a proposal has not even been made to the Local Government Body. The Nochchiyagama Mahaweli Grounds was created to meet the needs of the whole of the Mahaweli ‘H’ Zone and was the result of the vision on Community Development of the creator of the Mahaweli Development Programme. Ever since the Nochchiyagama Pradeshiya Sabha took over these grounds 15 years ago , a revenue is only generated by allowing for a musical show to take place once a year.

These ruins bear witness to the failure of the Nochchiyagama Pradeshiya Sabha to maintain the facilities provided by the Mahaweli Authority to these premises. Around 07 years ago , at a time when a considerable work was to be done on the construction of the wall, the wall was moved another 60 metres into the grounds demolishing the area set aside for cricket training and the lond jump event. Another astonishing fact is that the construction contract has been granted as per the whims and fancies of the Pradeshiya Sabha Secretary without even calling for a tender.

Chief Minister of the North Central Province, Peshala Jayarathna said that the Ministry of Local Government of the Provincial Council is paying for the wall being constructed by the Nochchiyagama Pradeshiya Sabha on the play ground. He added that the Ministry of Local Government in the Provincial Council and the Chief Minister is not aware of it and the Council Secretary is also not aware of it. However, three million rupees was spent for the construction of the wall.

The Chief Minister of the North Central Province made these remarks during the Council Debate on the Development Special Provisions Bill submitted to the council for approval. However, construction of this wall took place last night as well in hurry.

This was how it looked like this morning. Localssay that the 100 perches of land that is being separated by a wall from the ground is to be distributed for the benefit of local politicians or their henchmen.

They make these claims citing the lands that were allocated by the Mahaweli Authority for public facilities in the Nochchiyagama Town and Surrounding areas were being looted by local politicians and their henchmen.

“… The Secretary of the Pradeshiya Sabha is a puppet. The Former Chairman is the one controlling her …”

Shouldn’t action be taken against the Secretary of the Nochchiyagama Pradeshiya Sabha for wasting three million rupees in public funds ? And shouldn’t this wall be brought down? Local Government commissioner of the North Central Provinc , this is over to you. 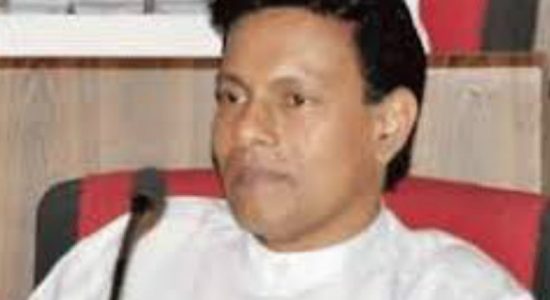 Political agendas and parties are unimportant when serving the public: President (Watch Video) 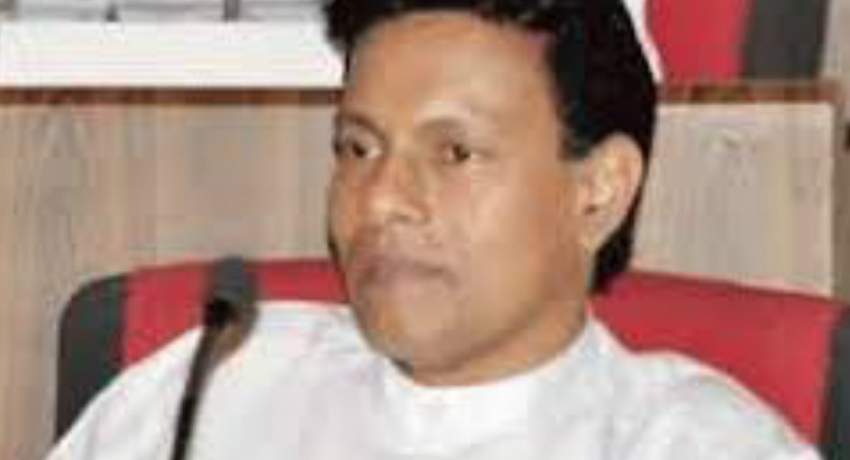 Political agendas and parties are unimportant when servin...