Nearly 50% of the tender process is corrupt: President

Nearly 50% of the tender process is corrupt: President

The National Anti-corruption Summit was held in Colombo on Friday,  under the patronage of President Maithripala Sirisena. International Anti-Corruption Day was marked on Friday.

A number of ministers and public representatives were present at the event.

The summit was organised by the Ministry of Law and Order and Southern Development in collaboration with the Commission to Investigate Allegations of Bribery and Corruption.

The President charged that nearly 50% of the tender process is corrupt in the state level  -and the technical evaluation committees are also corrupt and the specialists who are heading these committees represent companies that have connections to the relevant industries.

He added that the same corruption levels can be seen in the tender boards that were appointed by the cabinet and according to the law, the minister cannot take part in the tender process.

He added that most of the time when allegations are raised against a certain minister with regard to the tenders, no one speaks of the bad situation at these technical evaluation committees.

A panel discussion moderated by the chairman of the elections commission was also held at the event on the theme – corruption that takes place due to campaign expenses. 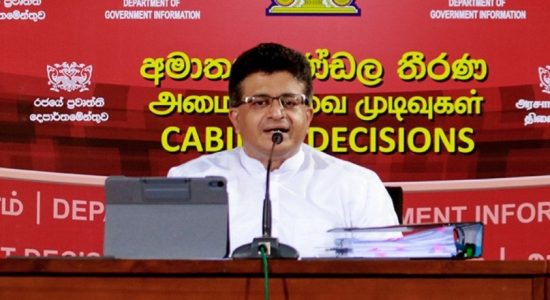