Italy on Saturday held a national funeral for the 291 victims of the latest devastating earthquake that affected the central region of Italy on Wednesday.

The national funeral took place in the sports hall in the town of Ascoli Piceno near where the earthquake took place. Thousands of local residents were silent as they stood outside in the 30 degree Celsius temperature and made their last farewells.

“I am really sad, because some people lost their homes, and lost their business which they may have had for many years, but now they have nowhere to rest and they do not have a certain future,” said Mattia Vollono, local resident. Survivors of the earthquake sat around the coffins.

Some of the victims will be buried locally however some won’t due to the limited cemetery space. Amatrice was almost flattened by the 6.0-magnitude quake, which struck at 3:36 a.m. local time on Wednesday. 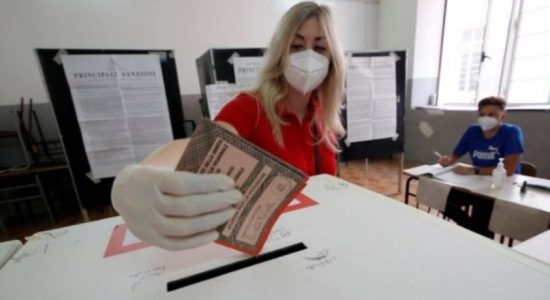