Esala Perahara closing ceremony held under auspices of the president

Esala Perahara closing ceremony held under auspices of the president

The closing ceremony of the Esala Perehera was held on the evening of Thursday August 18, under the auspices of President Maithripala Sirisena at the Presidential Palace in Kandy.

The annual water-cutting ceremony of the Temple of the Sacred Tooth Relic was held in Getambe today.

The event which was held under the auspices of the Basnayaka Nilame of the Vishnu Devalaya also saw the participation of shaman of the four main Devalayas.

Later, the perehera paraded the streets and returned to the Temple.

The Diyawadana Nilame Pradeep Nilanga Dela presented the Sannas document to the President.

The Basnayake Nilames of all four Dewalaya’s were present for the event. Dancers and artistes who contributed to  the Perahera were commended at the event. 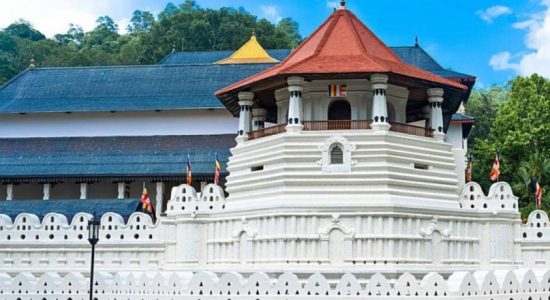