Google Duo, a new video chat app that works exclusively on phones, is getting released today. I’ve been using it for about a week and I can tell you that it’s fast, easy to use, and devoid of complicated bells and whistles.

You tap on the face of the person you want to call, they answer, and you have a one-on-one video chat going. Nobody who uses this app can say that Google didn’t achieve its goal of creating a video chat app that’s relentlessly, explicitly designed solely for phones. That effort is so single-minded I can’t decide if it’s timid or bold.

First, a bit about how Duo works. It’s available on both Android phones and iPhones. When you sign up, the app checks your phone number from your SIM and then sends you a confirmation text. That’s the whole setup process — there are no accounts to create nor friend lists to maintain. It’s tied directly to your contacts list and your phone number.

That’s great for simplicity, but bad if you want to use Duo on anything other than your phone. It’s also unable to make conference calls, put Hangouts-style funny pirate hats on your head during a call, or offer just about any other fancy feature you might expect from a video conference app.

Duo’s radical simplicity is by design, says vice president of Google’s communications division, Nick Fox. “By being laser-focused on mobile,” he says, “it enables us to just make sure that we were doing a great, wonderful job on that case. … For us, we thought ‘amazing on mobile, nothing on desktop’ was the better approach.”

There is one feature in Duo that feels genuinely new: it’s called “Knock Knock.” When you receive a call on Android (it doesn’t work on the iPhone), your entire screen starts showing the live video from your caller before you even answer. It lets you see who’s calling — and lets the caller make funny faces to try to entice you to answer. Google’s promo video for Duo emphasizes it heavily: 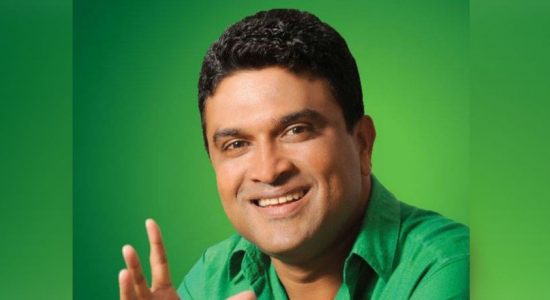 A challenge from MP Gammanpila to to the PM

Is 10 year challenge a creepy gambit?