Six thousand eight hundred and sixty (6860) kilogrammes of dust tea which was being transported  for export purposes in Kadugannawa was seized on Monday by the the District Crimes and Operation Unit attached to the Office of the Central Province DIG.

Six hundred and eighty six (686) boxes containing 10 kilogrammes of dust tea, which was deemed unfit for consumption, were seized by the police aboard a lorry. The driver of the lorry was arrested in-connection with the incident.

Forged permits which were in the possession of the driver to transport the dust tea were also found.

Our correspondent notes that this export would have caused grave damage to the image of Ceylon tea in the international arena.

Water supply to several areas in Kandy disrupted for 24-hours 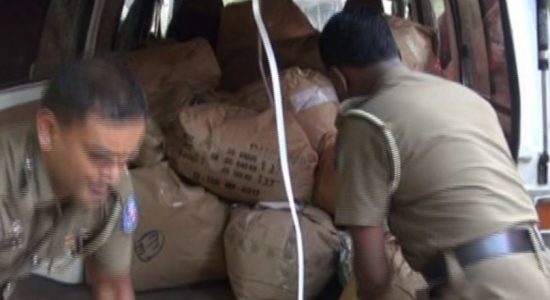