UPDATE: Gammedda 100 days: Towards a better nation – history in the making

UPDATE: Gammedda 100 days: Towards a better nation – history in the making

The first three projects of the Gammadda 100 days initiative began at 10 am today (July 20) in Dambulla, Kilinochchi and Weligama.

HISTORY IN THE MAKING

The initiative, which is the first of it’s kind to be done by a media organisation in Sri Lanka, will get underway as a result of the issues we identified during the Gammedda door to door campaign which shone a light on a torrent of challenges faced by rural Sri Lanka.

Speaking about the public initiative, Group Director of the Capital Maharaja Organisation, Chevaan Daniel reminded that the Gammedda 100-day programme is only made possible with the help of the people and other institutions which have joined hands with News 1st to take the projects forward.

“We did not commence this as a result of being influenced by any political notion in mind. There was initially a need to find out about the issues faced by the people and their day to day life. Thereafter, we filed reports of the people’s accounts. The grievances of the people were later compiled and shared with the state and international community. We decided not to reiterate about what we don’t have but to work towards it.”
Chevaan Daniel, Group Director – TCMOL

Mr. Daniel also extended his gratitude to the people who send us their contributions as little as 100 rupees, which he described as “essential to strengthen the public initiative”.

The inauguration of the Gammedda 100 programme will be marked with construction work commencing simultaneously in three different locations today, July 20.

The public initiative which aims to build lives by building necessary infrastructure for the people of the country will commence with the assistance of the citizenry.

The Gammedda Secretariat will be coordinating countless other projects in the next 100 days. 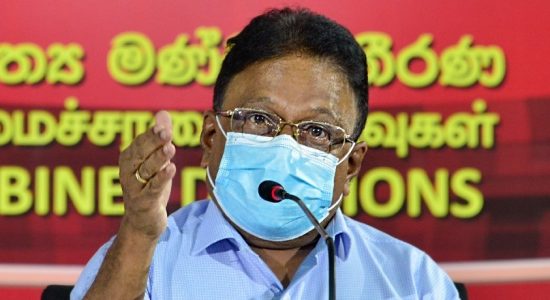