Dengue on the rise – Colombo, Gampaha among twelve districts at risk

Dengue on the rise – Colombo, Gampaha among twelve districts at risk

As flood waters recede, a risk of Dengue mosquitoes breeding in stagnant water has arisen.

Eighteen thousand (18,000) cases of Dengue have been reported thus far this year, out of which more than five percent were reported from the district of Colombo.

Following the floods the Western, North Western and Northern provinces were named as regions prone to dengue.

Meanwhile, the Epidemiology Unit of the Ministry of Health says that the Dengue epidemic is widespread in the districts of Colombo, Gampaha, Kalutara, Puttalam, Kurunegala, Kandy, Galle, Matara, Ratnapura, Kegalle, Jaffna and Batticaloa.

National Coordinator of the National Dengue Control Unit Dr. Hasitha Tissera said that there is a threat of an increase in Dengue cases with intermittent rains which will be experienced next month and in the coming days.

He added that even though Dengue could start out as a normal fever, early symptoms of Dengue are sudden high fever, severe headaches, pain behind the eyes, severe joint and muscle pain and the appearance of red spots on the skin.

Specialist Doctor Hasitha Tissera also spoke about immediate steps that should be taken in the event of early symptoms of Dengue.

”If fever persists for more than two days, a doctor who is suitable to examine such a condition or a doctor who is in the nearest hospital to the patients’ location should be consulted. Haemorrhaging takes place once the fever goes down. The haermorrhaging is experienced on the third, fourth and fifth day after contracting the disease. Therefore, special attention should be given to patients whose body temperatures go down gradually”, stressed Specialist Doctor Hasitha Tissera 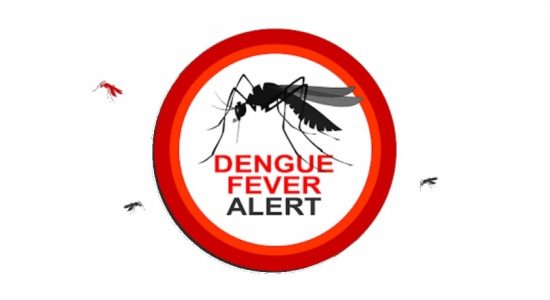