During the event President Sirisena launched the official website containing the biography of late Sirimavo Bandaranaike and also issued a commemoration stamp. Daughters of the late Prime Minister, former president Chandrika Kumaratunga and Sunethra Bandaranaike were present at the occasion, along with Vimukthi Kumaratunga and many other dignitaries.

Speaking at the event, President Maithripala Sirisena reflected on the life and accomplishments of the late Prime Minister. President Sirisena noted that the duties performed by the late Sirimavo Bandaranaike fulfilled the great needs of the era, as well as brought international acclaim to the country.

He pointed out that the Sirima – Shasthri agreement was a historic victory for the country and remarked that reaching such a deal would not be possible during this day and age as anyone who attempts to do so would be accused of attempting to betray the nation to India.

Reflecting on his past, President Sirisena noted that when Sirimavo Bandaranaike was elected as the Prime Minister in 1970, he was still a student. By 1994, Maithripala Sirisena was appointed as a deputy minister and by 1997 he took oaths as a cabinet minister. The president remarked that even then Sirimavo Bandaranaike served as the Prime Minister.

Also speaking at the occasion, the President noted that during the 1978 constitutional debate in parliament, Sirimavo Bandaranaike said that the executive presidency created through the constitution will eventually give birth to a dictator. She had noted that when this day arrived everyone would have to come together to fight against this dictator. President Sirisena noted that unfortunately he had to put the late Sirimavo Bandaranaike’s words into action. 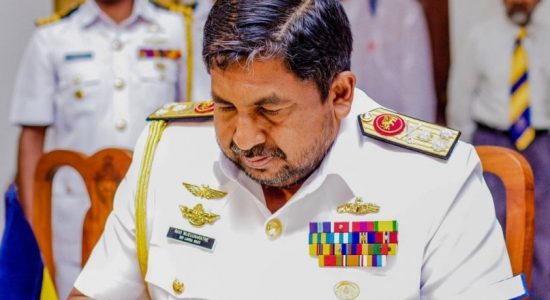