Embilipitiya youth’s cause of death revealed in court

Embilipitiya youth’s cause of death revealed in court

The cause of death of Sumith Prasanna Jayawardene, who is suspected to have died after falling off an upper floor of a building during a party, was revealed at the Embilipitiya Magistrate’s Court on Friday.

Embilipitiya Additional Magistrate, Prasanna Fernando, announced today that Sumith Prasanna Jayawardene died of shock as a result of lacerations that caused severe bleeding from his arteries and veins.

The magistrate made the announcement quoting the statement made by the KMTB Gunathilake, the District Medical Officer from the Ratnapura Hospital. The magistrate ordered the Criminal Investigations Department to investigate, apprehend the suspects and produce them in court.

Defence Counsel, Attorney-at-Law Nalin Fernando, stated that it is not mentioned anywhere that the injuries were caused after the ASP had allegedly pushed him and this clearly notes that this was not a murder. Attorney-at-Law Udul Premaratne noted that the role of the medical examiners is to reveal the cause of death and the learned attorneys representing the suspect ASP have requested for bail. He said this is an attempt to undermine this case by knowingly or unknowingly to change the law.

“They acted today as if it was for the first time they had heard the decision of the medical examiner,” he said.

Court bars anyone from moving close to Bandaranaike Statue 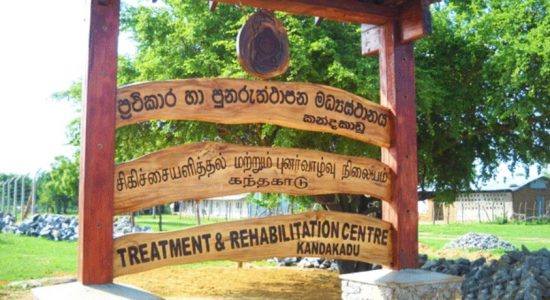