Bodies of teenager and senior citizen found in Marapana

Bodies of teenager and senior citizen found in Marapana

Two  bodies were discovered from the Galinna area in Marapana on Wednesday morning . One of the victims was a fourteen-year-old school boy from the Galinna area. The victim, Anjana Kavindu, had returned home from school on Tuesday afternoon but had left once again saying that he was going to collect tamarind.

However, he had failed to return home by Wednesday morning.

Relatives then began a search and discovered the lifeless body of Anjana inside a house located in a tea estate not far away. Investigations into the death had revealed that he was in close contact with an elderly individual who had come to the area some time ago.

It was also revealed that relatives had complained to the police that the said individual had molested the victim some time ago. When a search was launched to locate the individual his body was found around four kilometres away from where the boy’s body was found.

Police said that he had committed suicide.

Preliminary investigation had revealed that the boy had died of strangulation. His body was moved to the Ratnapura JMO Office for the post mortem examination. 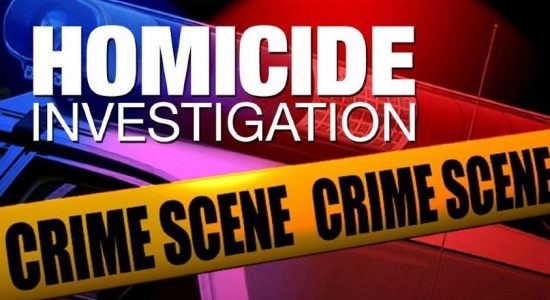