We will not allow corruption to take place: Min. Ranawaka on Megapolis Project

We will not allow corruption to take place: Min. Ranawaka on Megapolis Project

The Manning Market in Colombo, which stood at its location for almost 35 years, was officially re-located on Saturday. The Colombo City is an area where people gather in large numbers. It is  also one of the busiest cities in the country due its urbanisation and trade activities.

The main trade centre in Colombo for vegetables and fruits is the  Manning Market. The previous government made many attempts to relocate this market. However, these attempts was pushed back due to various reasons

The Manning Market which sees people arrive in their thousands, vehicles in their hundreds and an improper system of shops – created an issue over space in the Colombo City.

Chairman of Manning Market Trade Union, Deshabandu Lal Hettige stated that the government aspires to make Colombo, an upper-level city in the world with less hustle and bustle and therefore has given an opportunity for all the traders.

“We are provided with everything. Everyone is ready to move ahead,” he said

Construction of the Manning Market in Peliyagoda commenced on Saturday  morning in a bid to make way for the creation of the commercial city under the megapolis project. The new manning market will span across an area of 25 acres of land in Peliyagoda and construction is expected to end in 2018.

Minister of Megapolis and Western Development, Patali Champika Ranawaka stated that development processes in the past saw a number of shortcomings. Even though the aim was good, however, when it was being implemented there were issues, and it faded away.

“If people do not visit any of the trade centres that we build, the funds will be washed away and the traders too will be stranded,” he explained. “This will become a burden to the nation and extra care would have to be taken when it comes to development,” he added.

He further stated that the Megapolis project is taking place in manner in which the people would enjoy the benefits of it and will not operate under contracts and proposals that come from here and there.

“We will not allow for corruption to take place,” he said

“Our development is the development of the city of Colombo,” said the Mayor of Colombo, A.J.M.Muzammil. He stated that around 250 lorries reach the Manning Market and there is congestion. But a road will be made to enter an elevated highway that will lead to Galle Face -and that is the aspired development. 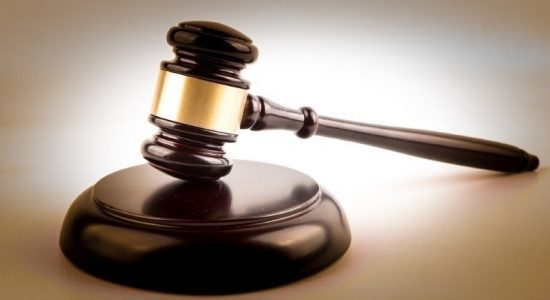