Sri lankan Test and One Day cricket captain Angelo Mathews arrived at the Financial Crimes Investigation Division (FCID) this morning to provide a statement in connection to the probe into the alleged match fixing attempt.

Earlier Sri Lankan cricketers Kusal Janith and Rangana Herath complaints that they had been approached to fix matches, following this revelation Minister of Sports Dayasiri Jayasekara requested the FCID to launch an investigation into the matter.

According to the counsel appearing for the Sri Lankan skipper, Mathews received notification to appear before the FCID on Tuesday (Jan 19th) morning.

On Monday, Manager of the Sri Lankan Cricket team  Jerry Woutersz appeared before the FCID to provide a statement. Sri Lanka Cricket also decided on Monday to temporarily  suspend the services of pace bowling coach Anusha Samaranayake who has been allegedly linked to the attempted match fixing allegation. Sri Lanka Cricket also terminated the services of net bowler Gayan Wishvajith who has also been linked to the alleged match fixing attempt. 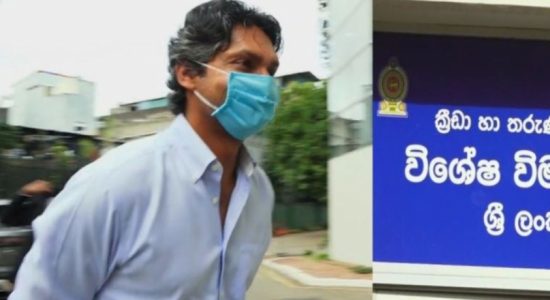