A fifteen-year-old driver has been arrested in connection to an accident in which a mother and daughter were killed while using the pedestrian crossing on the Baseline Road near the Railway Stadium in Dematagoda,

According to the police, the forty-seven-year old mother and her ten-year-old daughter were killed in the accident which occurred on Saturday night.

The deceased are residents of the T-20 Watte, Baseline road.While the suspect fled the scene,  police arrested another individual present at the scene of the accident. Thereafter, residents of the T-20 Watte area demonstrated opposite the police, citing that the arrested individual was not in fact the suspect. Additional police officers were summoned to the area due to the protest. 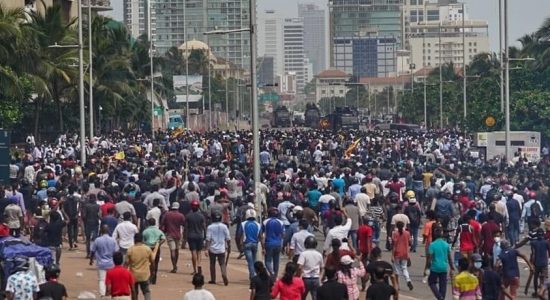